KC not ready for serious romance 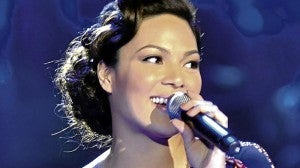 MANILA, Philippines – Just late last year, KC Concepcion couldn’t help but gush and heap praises on her suitor Pierre-Emmanuel Plassart, going as far as describing the French filmmaker as “the real thing” and “the answer to my prayers” in an interview with “The Buzz” in November.

But KC is singing a different tune these days. Just when the fans thought that everything’s going smoothly between the couple, the actress-host backpedaled, revealing that she’s not ready to commit, and has asked Pierre for some space.

“We reached a point where things just got a bit too serious, and I’ve realized that I’m not ready for a serious relationship,” KC said at her recent launch as endorser of Boardwalk’s Signature Style collection. “He might just get hurt in the end, so I decided to preserve the friendship we have now.”

Though Pierre did try to push whatever he thought he had with KC, the 27-year-old Kapamilya star said she wasn’t on the same level as her suitor when it comes to fighting for love.

“He understands me, but of course he tried fighting for it. But for it to work out, we have to be on the same level. And I’m not,” she said. “I still have many things to do. So for now, I’ll just have to sacrifice.”

Did Pierre spook KC by proposing or offering marriage were too early? “That’s a personal question,” she said, giggling. Prodded by reporters, KC begged off: “Let’s not talk about it right now. Anyway, I think I’ve shared enough.”

KC, whose relationship with Piolo Pascual ended on a sour note and magnified by a TV meltdown, said that, for now, she wanted to enjoy being single; have fun and see the world more after all she’s been through.

That doesn’t mean thought the she’s shutting her doors on Pierre, KC said, adding that she’s open to the possibility of getting back together with him when the time is right. “True love waits,” she said. “We’ll see if he can wait until I’m ready.”

She continued: “We’re still communicating. I didn’t turn him down. He’s a very good guy and comes from a decent family. I so love his family, and they love me back.”

Her mom Sharon Cuneta had expressed her approval of Pierre numerous times in earlier interviews. So understandably, she, too, was quite disheartened about how things turned out between her daughter and Pierre. “At times, nanghihinayang siya because Pierre is a decent man. But like I’ve said, I don’t want to do something I can’t fully commit to.”

While she’s open to entertaining new suitors, KC stressed that she doesn’t want anything serious. “Entering a serious relationship entails a lot of risks. You have to be whole again,” she pointed out.

Meanwhile, KC just renewed her contract with ABS-CBN, and is set to appear alongside Judy Ann Santos and Sam Milby in the coming drama series “Against All Odds.” “I also want to do more hosting. I want to experiment and explore, and make sure I become a better host, actress and performer,” KC said.

The interview ended when a show biz scribe asked KC whether or not she’s on speaking terms with Piolo. Before walking away from the cameras, KC broke into a smile and replied, politely, “Ayoko na po munang sagutin. I’ll just take after Anne Hathaway.”