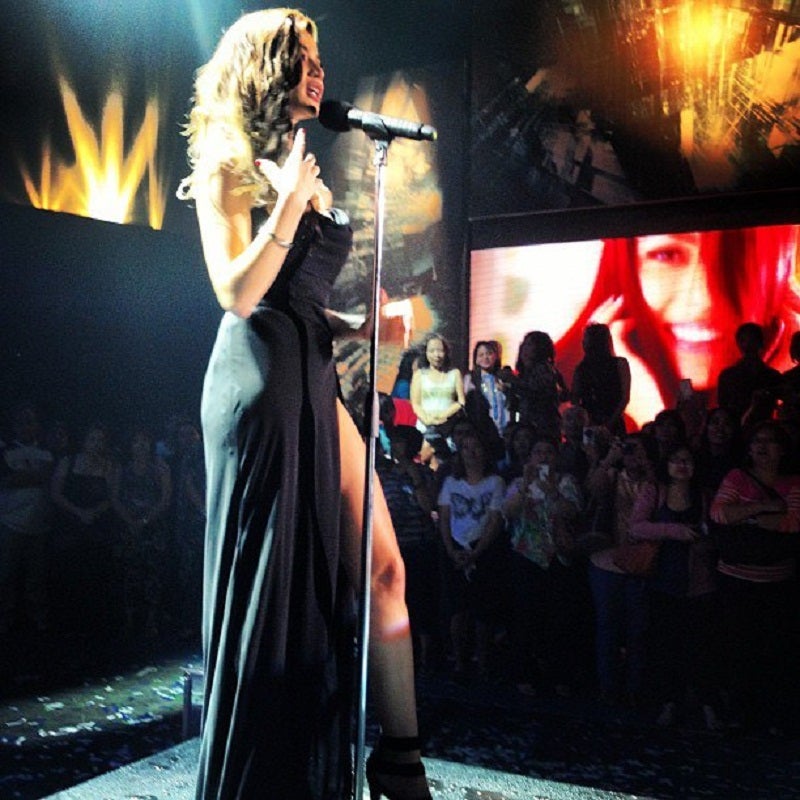 MANILA, Philippines—The Movie Television Ratings and Classification Board (MTRCB) has summoned on Tuesday ABS-CBN’s Sunday noontime variety show, “ASAP 18” over the alleged provocative outfit of one of its stars.

On Sunday’s “ASAP 18”, Anne Curtis caused a stir when she performed Rihanna’s song “Diamonds” which entailed a shower scene. She was celebrating her 28th birthday.
In the original Rihanna video, the American singer is shown singing naked submerged in an actual bath tub.

In the said “ASAP 18” number, Curtis is wearing a black long gown with a slit that shows her left leg, thigh and half of her waist while water drips on her from an unseen shower. For a few seconds, it looks like half of her bare waist is shown.

Curtis on her Twitter account on Tuesday late afternoon said it’s not a wardrobe malfunction and that the Boom Sason gown she was wearing had a protective bodysuit.

“As you can see, we have a bodysuit with a hidden tangga (sic) to make way for the sky high slit skirt. It is made out of 2 pieces. In fact the ‘tangga’ is made out of swimsuit material which Boom Sason is also known for making. I was completely protected,” Curtis said.

Accompanying her post is an Instagram shot of the said dress though it wasn’t shown clearly where the protective bodysuit is.

In a statement sent to the INQUIRER, the MTRCB cited its memorandum of agreement on gender sensitivity with the network.

MTRCB chair Eugenio Villareal confirmed that the board has sent the summons to ABS-CBN management.

“ASAP 18” business unit head Joyce Liquicia told the INQUIRER in a text message Tuesday late afternoon that she can’t comment on the issue at the moment, as she hasn’t read MTRCB’s letter yet.

“We have received the summon from MTRCB. The  representatives of ASAP will be attending the meeting called by MTRCB on Tuesday. March 5 to discuss the issue,” Osorio said.

Osorio added that they can only issue an official statement after the said meeting. With reports from Allan Policarpio, Philippine Daily Inquirer, Totel V. de Jesus, INQUIRER.net