Psy does Gangnam Style, and more 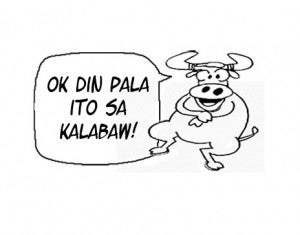 “In his concert tonight, Psy will sing ‘Gangnam Style’ 30 times for two hours.”

Posted on Twitter by popular local blogger Professional Heckler, this comment was just one of the many wisecracks that filled the social networking site hours before Korean rapper-singer Psy took the stage at SM Mall of Asia Arena on Saturday night for his first-ever Manila concert.

Psy, who has been active in the Korean music industry since 1999 and has released five studio albums, owes his sudden international fame to the infectious beats and quirky dance moves of Gangnam Style—the song that put him on the global scene, Hollywood in particular.

Posted on YouTube in July 2012, Gangnam Style spawned a wave of parodies and flash mob performances all over the world and became the first video to reach over 1 billion hits.

Though he didn’t quite sing and dance to Gangnam Style 30 times, Psy—whose real name is Park Jae-sang—did rock the viral hit song two times in a row at the end of his short but frenetic show set. But not before showing the near-capacity crowd that his older, less popular singles could be just as fun and enjoyable as his latest one.

Before kicking off the show, Psy laid down the house rules. With his slicked back hair and signature sunglasses, he said he could only give as good as he got.

“If you sing, I’ll sing. If you make noise, I’ll make noise. Now you’re all sitting, so I’ll sit,” said Psy, who, despite his less-than-stellar English, managed to make the audience roll in laughter with his antics.

“If I say jump, everybody’s going to jump …. For your own excitement, please jump!” he said.

The crowd rose to their feet, screamed and held their glow sticks aloft. Then Psy cranked up the decibels with the electronic-laden sounds of his 2010 hit “Right Now,” which also featured hilariously bizarre dance steps done with deadpan delivery.

While Gangnam Style had the infamous horse-riding dance, Right Now had Psy circling his hips while smoothing out his hair or caressing his torso. “Jumping!” he shouted, compelling the crowd to shake the ground.

He then segued to his second song, “It’s Art,” in which he bared his more subdued side. The track, a more melodious-sounding relative to his other songs, even featured some proper singing by the portly performer.

It was the same with “Paradise.”

Midway through the song, Psy slowed down the tempo, asked for the lights to be turned off and the people to light up their phones and wave them along with the music.

His fourth number, “Champion,” sampled “Axel F,” the theme of the Hollywood movie “Beverly Hills Cop.” Here, Psy reverted to rapid-fire rapping. “You are a champion,” he said.

The crowd was composed mostly of children and their parents. Not a few boys aged five and up came dressed as little Psys.

A 10-year-old boy named Justin confessed he didn’t know any of Psy’s songs other than Gangnam Style. He said: “I just want to see him live.”

The crowd had a great time dancing, cheering and mimicking Psy’s steps. But there were moments of bewilderment among the older members who were seemingly trying to grasp what was happening onstage. Some simply stood and stared, except when Psy asked everyone to scream and jump.

After giving the fans a taste of his discography, Psy did the song everyone had been dying to hear and see.

“You know how this song goes, right?” Psy said. The crowd rumbled, “Yes!” He added: “Show me great, great, great energy! Are you ready for the world-famous song—the reason why I’m here in the Philippines?”

As the first surge of bass filled the venue, all hell broke loose. When Psy hit the chorus, the Arena turned into a massive dance floor—no standing, no staring.

Backed by six female and six male dancers and flourished with metallic confetti, fireworks and flames, Psy regaled the crowd with the song and dance steps that had turned him into a household name.

The people clamored for more.

Psy finally obliged on one condition: He asked them to put down their phones, tablets and cameras. “I saw a lot of people taking pictures,” he said. “This is not for recording, but for the joy. Sing, dance and jump like crazy. Manila, show me what you got!”

And they did for the second time.

“Keep on supporting me,” Psy said before exiting.

When it ended, the kids were still on a high, jumping, dancing and prancing as they exited through the doors—Gangnam Style.