Pinoy ‘The Voice’ vows to focus on contestants | Inquirer Entertainment

Pinoy ‘The Voice’ vows to focus on contestants 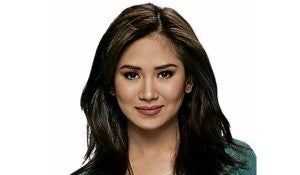 One of the criticisms about the US reality singing competition “The Voice” is that, for its past three seasons, the show has highlighted celebrity coaches Adam Levine, Christina Aguilera, Cee Lo Green and Blake Shelton more than the contestants. Also, that the drama—rivalries, bickering, goofing around—among the four has been the main selling point instead of the competition.

For the coming “The Voice of the Philippines,” ABS-CBN business unit head Alou Almaden told Inquirer that the focus will be on discovering new singing stars.

She said the local version will stay faithful to the format of “The Voice of Holland,” which pioneered the contest.

Almaden added that the contestants’ backstories will also be showcased. “The audience needs to know who these people are, why they are in the competition.”

The aspect that makes “The Voice” different from  other reality talent searches, such as “American Idol,” is the part called “blind auditions,” which compels the coaches to pick every contender based solely on what they hear.

“They can’t see the one singing, so they can’t be influenced by looks or any other factor,” Almaden explained. 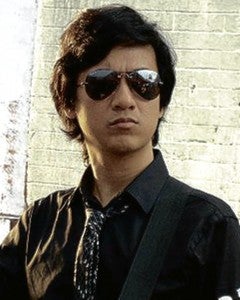 “The Voice of the Philippines,” set to premiere in the second quarter of 2013, will soon hold nationwide auditions. “These preliminary screenings will also be ‘blind,’ via radio and the Internet,” said Almaden. At stake is P2 million and a record deal.

Only singer-actress Sarah Geronimo has been confirmed as a coach, so far. Ely Buendia and Lea Salonga are two of those rumored to be part of the panel. The producers have remained tight-lipped on the subject, except to say, “They’re all world-class performers.”

Toni Gonzaga is the show’s host. She had seen some episodes of the US edition, she said, and closely observed the hosting style of Carson Daly. “He’s one of the best in the United States,” she said, “one of the male TV hosts I really admire.”

She continued: “I have not seen full seasons of the show, but I really like it because I’ve been a die-hard Christina Aguilera fan for years. In fact, given the chance to audition for the show, I’d sing her hit. ‘I Turn to You.’”

Is the Filipino audience ready for a talent show that disregards physical appearance in choosing contestants? Gonzaga replied: “We’re always ready for something different. I don’t think Filipinos are very particular about looks when it comes to singers. Looks aren’t a big priority unless of course the contestant’s ultimate goal is to join the movies.”