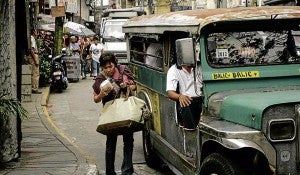 Fans did a double take. Was that Batangas Gov. Vilma Santos at a jeepney stop in Balic-Balic, Manila? Ate Vi earlier promised she’d be absolutely deglamorized for her first indie film, Jeffrey Jeturian’s Cinemalaya entry, “Ekstra.” She was merely keeping her word. After all, she plays the film’s title character, a movie bit player. She assured costars that they wouldn’t have to defer to her or treat her on the set like the big star that she is. “I don’t have to be the center of attention in every scene,” she said. Doing cameos as “stars” of the movie-within-the-movie are Piolo Pascual, Marian Rivera and Richard “Sir Chief” Yap. Bayani San Diego Jr.