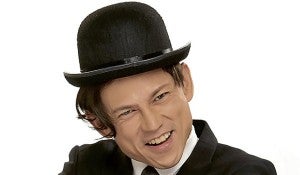 Every year, the Philippine Daily Inquirer helps readers pick a show for that special day by asking the concert artists to talk about their gigs … and romance. 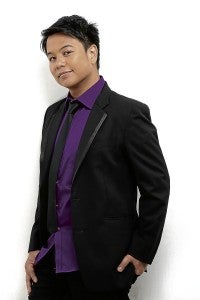 What’s the mushiest thing you ever did for love?
Joey Generoso: It involved a dinner set-up in our attic, complete with candles for a romantic ambiance. I prepared grilled steak and mixed vegetables. My wife Girlie cooked her special shrimp pasta and dessert. We were joined by our two pets with their own bowls of food!

Top: Nag-page (beeper pa!) ako ng lyrics ng halos isang buong song! ’Yung dispatcher kinikilig habang dini-dictate ko ’yung lyrics! That was mushy, I guess. I’ve also written songs for the one I love. I guess I’ll do anything for love—mushy or not.

Mitch Valdes: I don’t remember anything sweet and mushy. But I remember crazy, insane, illogical, intense and bordering-on-self-destructive things done in the throes of “love.” Then, thankfully, I woke up.

Angeline Quinto: I recorded an ex-boyfriend’s favorite song and sent it to him.

Jon Santos: Naku! I had the photo of our first date oil-painted. I guess that makes it the mushiest and oiliest thing I did for love!

RJ: I sent a girl a rose every day for a month, anonymously.

What’s your most memorable Valentine date?
Joey: One of the most memorable was when my wife and I watched a Basil Valdez show at the Sofitel, along with the other Side A couples. It was made even more special because Basil sang  “Panaginip.” 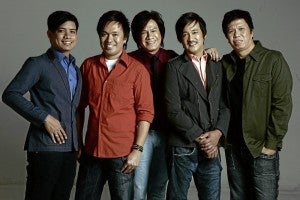 Top: One of the most memorable was when my loved one and I took a long drive to have a nice, romantic dinner somewhere far from the city. We really enjoyed our time together. It was wonderful and beautiful!

Mitch: I’ve never had an official Valentine date. I’ve always been either working or participating in group events. There seems to be such pressure to find the ideal love or date on this day. What about all the other days of the year? Valentine’s Day should be fun!

Angeline: I haven’t actually had a real date. My Mama Bob (her adoptive mother) and I are always together during Valentine’s Day, since we’re both single anyway!

Jon: I’m looking forward to this year’s Valentine’s Day being the most memorable!

RJ: Valentine’s Day is usually work day for me, so much so that just having my wife watch my show is romantic enough for me.

Top: “For You” by Kenny Lattimore, “The Last Time” by Eric Benet, “All That I Am” by Joe, “The Way You Look Tonight,” “Moon River,” “One Voice” and “I Write the Songs” by Barry Manilow, “Yesterday” by The Beatles and many more!

Mitch: I love a thousand love songs from as far back as the 1930s and up to the present. A song is great as long as it makes your heart twitch and twirl. 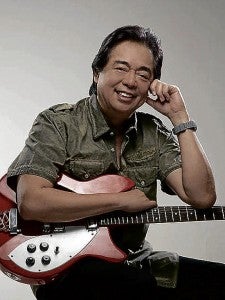 Angeline: “You Are My Song” by Regine Velasquez. And if I do find the right guy soon, I’ll serenade him with that song.

Jon: We’re (himself and husband West Stewart) fans of Martin Nievera and Pops Fernandez, so “King and Queen of Hearts”—siyempre ako ’yung queen! And since I’m also a fan of Vilma Santos, I have to say “Vi My Lady”—ako ’yung lady at ako rin si Vi!

RJ: I have many favorites, but I especially like Elvis Presley’s “I’ll Remember You,” composed by a Hawaiian songwriter.

What’s the best way to deal with a breakup?

Joey: It’s normal to be deeply hurt after a breakup, but we have to move on and look at the brighter side of life. Life is too short to mope lengthily about negative things. We should set aside all the bad things and try to improve ourselves.

Top: The best way to deal with a devastating breakup is to just take it, go and listen to your family (because they’ll always be there for you), and pray, pray, pray. When you feel that you’re at your lowest, one thing is certain: There is no way but up. Things will be better. It might not happen right away, but time really does wonders to a broken heart.

Mitch: In my younger days, I turned to food, alcohol and my best friends.

Jon: Cry over your BFF’s  (best friends forever) shoulder—even though you know you’ll hear the words “I told you so” over and over again.

Why should we watch your show?
Joey: We prepared a different set—not the usual one we do for our Valentine shows.

Top: It’s going to be a nice show with all the different love songs we’ll enjoy singing and listening to together. Also, it’s going to be the first time Jinky and I will share the stage since I left Freestyle in 2005. She, too, has left the band so it’s going to be interesting to see how we’ll embrace the opportunity of performing together again—and with Side A, no less. This show is the beginning of a lot of interesting things to come this year! I am very excited to see you and everyone there. Let’s sing together!

Mitch: There will be a great band for dancing, as well as laughter and music. The proceeds will benefit charitable causes. Now that’s love!

Angeline: This is my first Valentine concert and the venue is quite big. Still, I’d like the show to be intimate for those who will attend. There will be lots of songs and laughter. Also, you’ll find out how my heart is doing these days!

Jon: You will fall in love… and maybe fall laughing!

RJ: You will sit down to a great dinner and listen to the legendary Tiongco Brothers sing romantic ballads, then dance to my music—in a five-star venue! 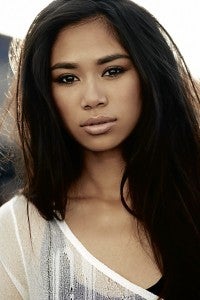 A special guest in the Valentine treat from Ovation Productions is

Jessica’s fellow AI contender Colton Dixon, who has earned some degree of popularity in Manila, especially among female fans.

The gig is expected to stir another massive outpouring of pride and affection from Jessica’s Filipino fans as they welcome her back.

Another factor that could contribute to the interest in the Valentine show is Jessica’s Filipino roots,  her mother being a native of  Samal, Bataan, who moved to the United States to be with her Mexican-American husband.

Since her AI stint,  Jessica has been  involved in a flurry of activities that kicked off with a 45-day US tour with her fellow AI  finalists, culminating with the Smart Araneta Coliseum concert in the stellar cast’s first Asian engagement.

On Sept. 5, 2012, she took the stage with DJ Cassidy and Brandon Marshalls and other big-name artists at the Democratic National Convention in Charlotte, North Carolina, where her soulful rendition of  Marvin Gaye’s “All I Need to Get By” brought the house down as everyone grooved along with her and the God’s Appointed People Choir that backed her up.

She continued her streak of high-profile appearances when she joined Neil Diamond, Babyface and David Foster at the 26th Annual Carousel Ball of Hope on Oct. 21 at the Beverly Hilton, which featured George Clooney as an honoree.

Recently, she made waves with the release of the music video for “Jump In,” featuring apl.de.ap of the Grammy Award-winning hip-hop group, Black

Expected to be released this year is the first single for her debut album for 19 Recordings/Interscope Records, to be followed by the launch of a CD in March or April.

Jessica’s star continues to sparkle with her forthcoming appearance in a multiple-episode story arc on the fourth season of   “Glee,” the hit musical-comedy-drama television series on Fox Television, where she will play the lead of a rival group facing off against New Directions in the regional competitions.

Before the year 2012 ended, she notched another milestone when she topped the searches on Yahoo! Philippines in a search list dominated by celebrities from the fields of entertainment, show biz and music.

Richard Poon at The Bellevue Manila
Dashing crooner Richard Poon will serenade couples with romantic hits along with special guest Emmanuelle Vera at The Bellevue Manila’s Grand Ballroom on Feb. 13 at 8:30 p.m. For only P 1,900 for Premiere Seats and P 1,600 for Deluxe Seats, guests can enjoy two rounds of standard drinks, served by the genial hotel staff. For inquiries, contact The Bellevue at 771-8181, 0917-8718181, 0918-8718181 or log on to www.thebellevue.com.