Music movements from Brit-pop to K-pop 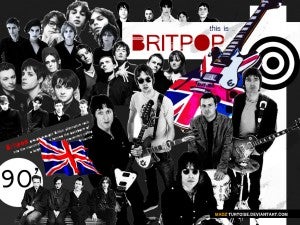 In the past there have been numerous movements representing different cultures and countries of origin. For instance, there was the “Brit-pop movement” in the early 90’s with bands like Blur and Oasis leading the charge. Then in the late 90’s to early 2000’s, we  had the “Latin movement” best represented by artists like Jennifer Lopez and Marc Anthony.

Now, in the last few years, we have a “K- pop movement” which feels more of an “invasion” because it is everywhere. While the previous mentioned movements had only a handful of really popular and well know artists, the latest one – the K-pop movement – seems as if entire rosters of record labels are getting their music recognized in our own country. I mean, just go to any local record store and you will see a whole section allocated to cd’s representing only K-pop!  What does that mean? It means there is a market here for their music, a HUGE market that is seemingly growing and growing to the point that it is overwhelming.

However, while it is easy for some to bicker and complain about so much international exposure these K-pop artists are receiving in our own shores, you got to look at this from the point of view of young adults, teens and kids today who are fans of these artists. So what if most of us can’t understand a single thing they are saying? Language isn’t a reason for these kids to not enjoy music. I remember in the early 90’s when we were into the song “Macarena“. That didn’t stop us back then from digging the music. We can go the corny route and state overused sayings like ” Music is global and has not one language”.

Even in the early 2000’s, there was the Taiwanese boy band named: F4. They became a craze here whose popularity blew up and died down just as fast. I used to joke and say that I would give it 7 to 8 months before the F4 craze would dwindle down. But to their credit, they lasted a few years before their popularity declined. But looking back and connecting everything now, the F4 were really a pre-cursor and a preview to the K-pop “invasion” we are currently experiencing.

I recall and remember these stuff as we were all part of those movements in the music landscape ! I was in my teens, but for most of these kids who are currently part of the K-pop craze, they must have been toddlers when I went through and witnessed all those past numerous invasions we have had in music.  So, whether the K-pop invasion continues for years more or it dies down eventually, at least these kids were part of it and had a good time doing so in supporting them and defending them from any form of criticism.

However, the same way that these kids have the right to enjoy and defend these K-pop artists, it goes the same for anyone else who wants to criticize them and judge their performances. You can’t have it both ways ! Some of these kids feel like these K-pop artists are invincible and “too almighty” to get criticized once in a while. 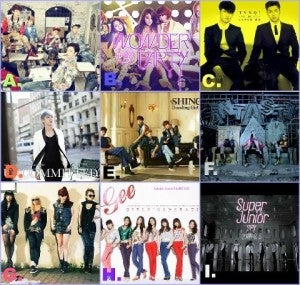 the things that would make them even better than they actually are ? I mean, you can paint an artist as the greatest thing. But that can only truly be proven once you see them perform live. If we can critique our own local artists, why are the K-pop artists any exemption ? I am not the type who would bow down to artists that I truly see nothing spectacular or remotely different about them that sets them apart from the rest. The weird thing is, when you speak this way, some would label you immediately as someone who is pro OPM or even an anti-establishment writer. All wrong ! The truth is “wala ako kinakampehan dito !”  I am merely using my head.

So, if a music critic or writer attends a major concert showcasing numerous K-pop groups and he notices that some members are merely lip-synching and he decides to mention it in his write-up, he is only stating a fact and sharing his observation with the readers. There is nothing wrong with that ! I mean, is he supposed to just watch dumbly and sit there and not notice anything ? This can’t be a one way thing that the fans can praise to high heavens these artists, and lambast anyone else who thinks otherwise of their idols. Are these artists exempted from the rule of criticism ? Are these artists the best in the world ? I think not. But some of them could be already in their own country. The point is writers are not like mindless drones such that we should all write like a “press release” like that “pretentious music-intellect” in the other major daily. We have an actual opinion, something to say, and that is a right that ALL of us share. Don’t we ?