On alleged ‘soap trouble’, Gerald Anderson in, Maricel Soriano out 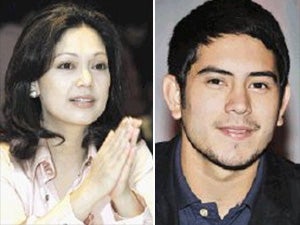 In earlier Bandera reports, it was said Anderson was having a hard time delivering his lines during the first taping scene with Soriano, which irritated the much-awarded actress and made her scold the young actor.

Sucaldito said Anderson was the first to inform his home network that he will back out in the said soap if Soriano will stay.

In his column “Expose,” Sucaldito said the reason of the alleged fight was something deeper than what was reported that made ABS-CBN management decide to drop one of the concerned parties.

On Tuesday, the network chose Anderson as based on the statement of Bong Osorio, head of corporate communications.

“Due to the unfortunate incident between Gerald Anderson and Maricel Soriano, that transpired on the first taping day of ‘Bukas Na Lang Kita Mamahalin,’ ABS-CBN management and the management of Maricel Soriano have agreed that Maricel will no longer be part of the cast. The teleserye (television series) starring Gerald Anderson will proceed as scheduled,” said the statement.