Unanswered, GMA-7’s P8.5M suit vs Sarah Lahbati may be archived 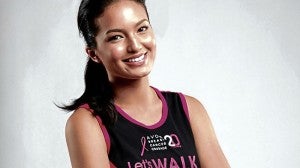 The Quezon City regional trial court branch 77 served on Tuesday last week a summons to Lahbati at her home in Barangay South Triangle, a day after the civil case for specific performance with damages filed by GMA Network, Inc. was raffled off to the sala of Judge Germano Francisco Legaspi.

But the summons, which required Lahbati to file in court her counter-affidavit in 15 days, was not received. There were reports that the actress left on January 13 aboard an Etihad Airways flight to the United Arab Emirates.

A court employee told the Philippine Daily Inquirer that while the branch was required to report the non-receipt of the summons, the next move depended on the plaintiff GMA-7. “In a criminal case, the court would have issued an arrest warrant. But in a civil case, the continuation of the suit depends on the complainant.”

A civil suit could end up in the archives if there was no action or follow-up from the complainant to unclog the dockets, she said.

In its complaint, GMA-7 said that when Lahbati won in the network’s talent search program in 2010, she signed an exclusive artist’s management five-year contract, from February 22, 2010 to February 21, 2015.  According to GMA-7, the contract provides that the network is the “sole and exclusive manager and personal representative of Sarah Lahbati in all branches of the entertainment industry, including the legitimate stage, motion picture, radio, television, commercial advertisements, lectures, recording, modeling and the variety field in the Philippines and abroad.”

Likewise, under the contract, Lahbati is required to perform her designated roles and appear in TV programs, projects and events assigned to her and determined by the network; fulfill engagements or bookings contracted by GMA in her behalf; and attend events in the country and abroad to promote her program.

The contract allows the artist to discuss a role, a show or a program assigned to her by the network but in case of a disagreement, GMA-7 decision prevails.  The contract has guaranteed Lahbati a minimum total net income of P3.5 million for the duration of the contract.

In the complaint, GMA-7 said that the artist signed a contract in September 2012 to appear in its primetime TV series, “Indio.” But during a November 9, 2012, location shoot for the show at Morong Park, Subic, in Olongapo City, “Sarah Lahbati walked out from the taping of her scenes and departed from the location shoot.”

“It was a big scene with 75 Spanish-looking talents and which required a choreographed fight scene while Sarah Lahbati is carrying a baby. Sarah Lahbati even had a swordfight training last September 2012 and was made fully aware that some of her scenes would require her strapped to a harness,” the complaint stated.

It further said, “Because of Sarah Lahbati’s refusal to perform her scenes, the remaining close-up scenes, which were very vital to the mounting of the whole scene for which GMA-7 had clustered four weeks of scripts for the Subic shoot were not finished … In order to resume and finish the aforesaid big scene, GMA-7 had to spend P576,000 more or less.”

On December 11, 2012, Lahbati’s mother Estrella informed the network of the actress’ one-month leave of absence.

In her letter, Estrella Lahbati stated: “Due to all the mishap and unfortunate events that had happened to my daughter in the past few months, we have decided as parents of Sarah that she take a leave of absence from work for one month to be able to de-stress and unwind. My daughter Sarah does not know who to trust anymore in GMA (sic). She does not know who will help her and her career. She feels betrayed by her own management. As parents, we want only the best for our daughter and we care for her well being. Until there is no solid decision on how her career will be handled, we would want her to have peace of mind. Thank you for your kind consideration.”

Although the network disapproved the leave of absence and demanded for Lahbati to return to work and comply with her commitments, the actress disregarded her undertakings and allegedly breached her contract with the network. Also GMA-7 said that Lahbati’s unauthorized leave of absence “have caused and continue to cause damages in its business operations.”

Finally the network asked the court to order Lahbati to comply with her commitments under the management contract and to pay the network liquidated damages of P7 million, attorney’s fees of P1 million and P500,000 litigation expenses.