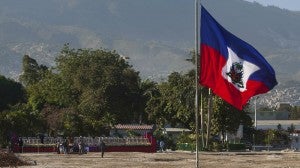 The first show for the Branford Marsalis Quartet will be Friday night in the coastal town of Jacmel. The second show will be Saturday in Port-au-Prince at a concert venue that was once a sugarcane plantation.

Marsalis will also perform a private show Tuesday at the residence of U.S. Ambassador Pamela White.

“It’s really cool to be here,” Marsalis, 52, said by telephone from an oceanfront hotel in Jacmel. “The people are beautiful to me.”

The annual festival, now in its seventh year, runs from Friday through Jan. 26. More than two dozen jazz musicians are coming from Mexico, Brazil, Spain, Cameroon and elsewhere.

Marsalis’ trip was organized by the U.S. Embassy.

He was supposed to perform in Haiti two years ago but several days of rioting over a contested election scuttled those plans. The festival, however, went on a month later.

The festival seeks to promote jazz in Haiti, increase understanding between the Haitian and American cultures, and encourage tourism.

Haitian President Michel Martelly is seeking to attract tourists and outside investors to boost the economy, but such efforts could prove a hard sell. The United States last month sharpened its travel warning to Haiti, citing kidnappings, crime, cholera and a tattered infrastructure. Canada followed with a similar advisory.