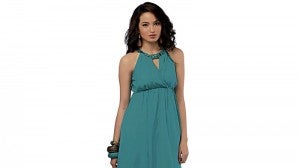 Of late, two show biz Sarahs have been hugging the entertainment news headlines: “Pop Princess” Sarah Geronimo is set to shoot her third co-starrer with John Lloyd Cruz, while talent tilt winner and now TV-film star, Sarah Lahbati, is in acrimonious legal contretemps with her mother studio. —What’s all the fuss about?

In Lahbati’s case, contractual issues are involved—she’s being sued for peremptorily going on leave and not fulfilling her professional obligations. From her end, she’s alleged a number of malpractices in her mother studio’s way of handling its stable of talents.

In the past, similar tempests in a show biz teapot have flared up, but have eventually been resolved, partly due to the intervention of avowed peacemakers.

When the contending parties’ tempers—and temperaments— simmer down, they might just take him up on his crusade in the furtherance of eventual camaraderie—but, as of this writing, it’s still suit-and-countersuit time.

Perhaps less subjective observers have several takes on the subject: Some accuse Lahbati of ingratitude, because her home studio has made her a star. Others note that the fact that her boyfriend is screen heartthrob, Richard Gutierrez, is not an irrelevant factor in this teapot tempest.

On the other hand, there are show biz veterans who believe that Lahbati’s revelations of “anomalous” talent co-management deals should be looked into, because such practices could be more prevalent and extensive in the talent trade than hitherto suspected.Thus, they argue that, if the issue is looked into and addressed, “something good” could come out of the current contretemps.

Now, what about Sarah Geronimo’s “case?” At first blush, she seems to be having a better time, with her TV career fairly humming along, and her new movie with John Lloyd, “It Takes a Man and a Woman,” exciting her fans. —After all, their first two costarrers were box-office hits, so their third outing’s successful outcome is practically assured. 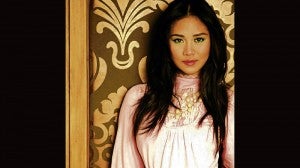 GERONIMO. Efforts to “heat up” her image are being foiled by her relative lack of “life exposure.”

However, some observers note that, as Geronimo turns all-woman at 25, her efforts to “heat up” her screen image to keep up with the onrushing times are being foiled by her relative lack of “life exposure,” since she’s been made to focus on work and more work throughout her young life.

Therefore, when she’s cast in a project with the “more adult” title of “It Takes a Man and a Woman,” with all of its intimations of more mature performance and the “sensitive” scenes that come along with it, the now officially adult female lead may fall short on point of “earned” believability.

We’ve written about this in the past, so it’s heartening to note that others are agreeing with us. We hope that Sarah and her handlers realize that “really growing up” is not just a matter of adding some “sexy” moves and hiring a savvy stylist, but should also come from a deeper, more natural and “experiential” place.

If it isn’t there yet, the star should be given the time to experience and discover it for herself, before the cameras reveal and expose it for the theoretical fiction it is!