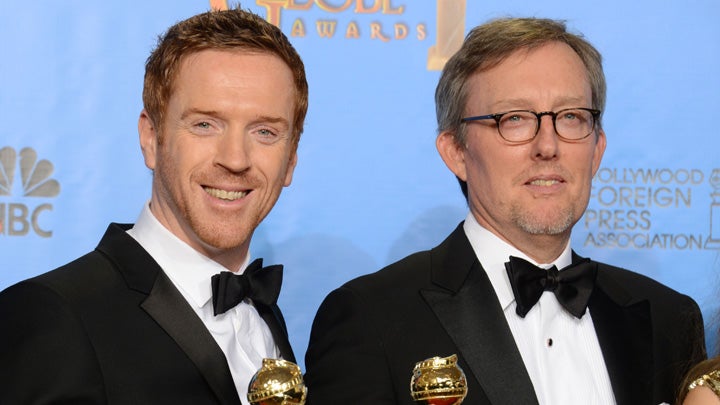 The show – held in high esteem by critics who contend that American television may have overtaken film for originality and risk-taking – won the same three categories at the Emmy awards in September.

“I’m proud to be working in this medium, in this moment, in this company,” said Danes, who portrays CIA officer Carrie Mathison against Lewis’s Iraq war POW turned politician Nicholas Brody.

“I want to thank our writers who didn’t buckle under the pressure, the success of the first season and continued to challenge themselves and, by extension, us as actors,” she said.

“You make brave choices relentlessly and we are all better for it,” added Danes, in her first big awards night appearance since giving birth to her first child, a boy, a month ago.

Showtime has commissioned a third season of “Homeland,” which was adapted from the Israeli series “Hatufim,” also known as “Prisoners of War.”

“Girls,” which by coincidence aired its second season premiere Sunday on HBO as the Golden Globes gala was underway, took best comedy series as well as best actress for its 26-year-old creator and star Lena Dunham.

The show has been critically acclaimed for its post-“Sex and the City” portrayal of the lives of four New York City twentysomethings in a post-recession world of career and romantic uncertainty.

“This award is for every woman who felt like there wasn’t a space for her,” said Dunham, who bases the series on her own experiences. “This show has made a space for me.”

Ed Harris collected best supporting actor for his portrayal of John McCain, who picked Palin as his running mate in his failed 2008 bid for the White House against Barack Obama.