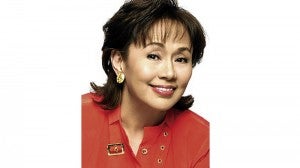 SANTOS. Has never taken her success for granted.

After our “explicatory” piece on Nora Aunor came out two weeks ago, we were urged by some readers to come up with similar appreciations on what made other major stars tick—and click—with viewers.

Always ready to oblige, here’s our “companion” piece on Vilma Santos, Nora’s main rival for the hearts and patronage of moviegoers in the ’70s:

For many years, Nora was the bigger and more popular draw. Ironically, however, Vilma became a movie star first, with her title role in “Trudis Liit,” when she was still a child. But, Nora’s “overnight” popularity after she electrified the “Tawag ng Tanghalan” national singing tilt soon relegated Vilma to second place. She was very successful in her own right, but genuine superstardom first went to little Nora, whose “mature” singing voice, expressive eyes, and kayumanggi complexion more fully “represented” the country’s millions of movie fans.

Naturally, Vilma’s fans resented the relative newcomer’s intrusion, and thus was born the seething, feisty rivalry that made both young actresses’ starrers big hits at the tills for years.

Apart from her “defining” rivalry with Nora, Vilma established herself as a distinctive talent with her sensitive acting as a child performer. Unlike other juvenile actors who have had  to go into semi-retirement during their awkward adolescent years, Vilma was able to make the transition more quickly and soon re-established herself as a pert teen star who was as cute as could be, and was quite a perky dancer, to boot.

What about singing? Clearly, that was Nora’s turf, but the exigencies of competition practically required Vilma to also cut some records, with less than impressive results.

Still, she was able to star in many dramas, comedies and teen romances, one after the other. This was when we got to know and work with Vilma, after her home studio’s head, lawyer Experidion Laxa, tapped us to script a number of Vilma’s starrers.

In fact, when we finally stopped and counted, we had scripted some eight or nine of them! What Vilmanians remember most is our script for “Dama de Noche” because that movie (by Emmanuel Borlaza) won for Vilma her first major acting award. That was a big deal for her, because in those days, Nora would often edge her out in acting competitions.

For our part, however, we recall most fondly our script for “Inspiration,” the comedy-drama directed by Ishmael Bernal, in which Vilma costarred with the similarly gifted Jay Ilagan. We also remember “King Khayam and I,” by Chat Gallardo, in which Vilma’s screen partner was no less than Joseph Estrada (the actor we wrote the most screenplays for).

While working with Vilma during that long period, we saw what a bright, young woman she had become, and how she never took her success for granted. Even when she suffered financial reversals due to other people’s bad decisions, she bit the bullet and soldiered through, until she had made up for lost ground.

Vilma was also admirable for her ability to periodically transform her screen image, to keep movie fans interested and surprised. The big shift for her came when she opted to “heat up” her screen portrayals, from teenybopper fluff and predictable melodramas to edgy characterizations in “Burlesk Queen,” “Relasyon,” “Broken Marriage” and “Sister Stella L.”

Early on, we tapped that film by Mike de Leon as Vilma’s “best of the best” portrayal, and she eventually agreed. Her performance in De Leon’s film was a big surprise, because many film buffs didn’t know that she had it in her to “become” her “activist nun” character quite so movingly, insightfully and convincingly.

Later on, her new career as politician took up most of Vilma’s time, but she still makes a new movie every three years or so. We hope that she will continue to do so even after she becomes senator or the country’s vice president—and beyond!

NCR’s COVID-19 cases rise by 65% in past week; Pateros, Malabon at critical risk