The best is yet to come | Inquirer Entertainment
Close
menu
search

The best is yet to come 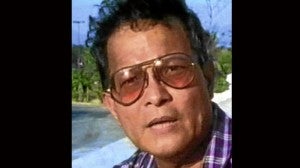 BROCKA. Used the film medium to open Filipinos’ eyes to the evils of dictatorship.

Hot on the heels of our recent article on the best and/or most seminally instructive movies ever made, now comes some film buff’s query about those exceptional movies’ local counterparts: “What are the titles of the most outstanding Filipino movie productions ever filmed?”

Having been a fan of Filipino films since childhood, we can confidently declare that one of those exceptional and seminal productions has to be “Ang Ibong Adarna.”

Yes, that 1940s production wasn’t just notable for being the first local movie to go for “color” (in a brief, hand-painted sequence that showed the mythical bird bursting into healing song), but it was also an exceptional costume and period extravaganza, with striking production design and instructively “symbolic” scripting and storytelling.

It was during this halcyon period that Filipino movies started winning awards in the annual Asian Film Festival, making the regional and international film community aware of the newfound strengths of the Filipino film industry.

In the ’60s, the studio system started to falter, and new independent producers, many of them bankable stars like Fernando Poe Jr., Joseph Estrada and Dolphy, began to produce edgier movies, like the pioneering indie “cowboy” flick, “Mga Tigreng Taga-bukid.”

FPJ himself unveiled his considerable gifts as a writer-director, and came up with little gems like “Tatlong Hari” and “Mga Anghel Na Walang Langit.” For his part, Estrada impressed everyone with the gritty “Geron Busabos, Ang Batang Quiapo.”

In the ’70s, the indie spirit asserted itself even more strongly, with stalwarts like Lino Brocka and Ishmael Bernal using the film medium to open Filipinos’ eyes to the evils of dictatorship.

It was nothing short of amazing that such courageous and “dangerous” works could be made during the clenched-fist rule of the Marcos dictatorship, but filmmaker-activists had their ways of coopting the system.

—So did film buffs and reviewers. In fact, “Orapronobis” was banned on local screens, but we were still able to write about its virtues (albeit in “code”) when we tracked it down—at the Moscow Film Festival!

Good movies continued to be made in the ’80s, ’90s and thereafter, but the industry’s output became less distinguished—until the new indie wave was launched by the Cinemalaya alternative film festival and competition, with its own, continuing annual crop of venturesome works. —Truly, the very best is yet to come!