Less is more for Cabangon, Blanco 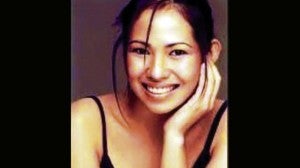 If you want a subtler sound to keep you company during rainy days and sleepless nights, Noel Cabangon’s latest album, “Panaginip,” is the perfect companion. The prolific singer-composer takes the “road less traveled” with an album composed mainly of original songs—only four of its 15 cuts are covers, including Freddie Aguilar’s “Bulag, Pipi at Bingi,” Heber Bartolome’s “Tayo’y Mga Pinoy,” and “Sangandaan,” the theme song of Mike de Leon’s classic film, “Sister Stella L.”

Cabangon acknowledges the risk of doing originals because, as he says, covers are the “in” thing these days. But, he says it’s important to keep doing original compositions: “We have to move forward and write more songs. We need to challenge our listeners and ourselves by creating new concepts na ’di nakikita sa mga bagong kanta.”

He’s also open to collaborations. The collection features his duets with Nina (“Ikaw Na Sana”) and Ebe Dancel (“Hulog Ka Ng Langit”). If you love “Nag-iisa, Wala Ka Na” (from the “Batanes” soundtrack) and his nostalgic covers of “Pagbabalik” and “Pag-ibig” (from “Byahe”), you’ll likewise enjoy the soothing musicality of the timely “Tag-ulan,” the leisurely “Dahil Nariyan Ka,” and the elegiac political ballad, “Awit Ng Naghahanap,” which pays tribute to victims of political killings.

We’re also glad that the versatile Gail Blanco is finally getting her fair share of the spotlight via her solo album, “Sweet Love.” There are no original tunes in the 16-song collection, but we nevertheless commend her impeccable choices, which include some of the loveliest tunes of the past three decades—most of them rendered birit-free, like Kenia’s “Initial Thrill,” Janet Jackson’s sultry “Let’s Wait Awhile,” Carrie Lucas’ “Sometimes A Love Goes Wrong,” Anita Baker’s “Just Because,” and Kalapana’s “Night Birds.”

Unlike a number of our “acoustic”-weaned singers, the talented songstress doesn’t stray far away from her repertoire’s original melodies, but renders them with as much earnestness as those who think that’s what they’re going for when they “release” their lung-busting chest notes for tone-deaf listeners to gasp at.

But, make no mistake—Blanco is also capable of those booming, growling notes, as she judiciously demonstrates in portions of Gwen Guthrie’s “You Touched My Life,” Chaka Khan’s “Through The Fire,” Patti Austin’s “In My Life,” Angela Bofill’s “Tonight I Give In,” and Pauline Wilson’s “Follow Your Road.” She can scale those soaring octaves, all right—but, she knows that less is more!