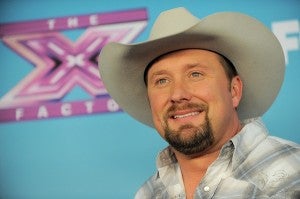 NEW YORK — Tate Stevens, who was mentored by music exec L.A. Reid on the second season of “The X Factor,” has won the Fox singing competition.

More than 35 million votes were cast by viewers after Wednesday’s performance show.

Thursday’s show was also the grand finale for Reid. Earlier this month, he said he wouldn’t be returning to “The X Factor” next year. No replacement has been announced.