Boyfriend of Amy Winehouse ‘raped woman as she slept’ 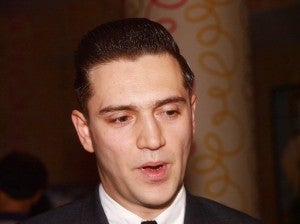 Reg Traviss, 35, a film director who was dating Winehouse when she died of alcohol poisoning at her London home in July last year, faces two counts of rape at Southwark Crown Court in London.

The prosecution claims Traviss attacked the woman, a friend, after she was so drunk she could not stand.

The complainant, who spoke from behind a screen, told the jury of six men and six women that Traviss had been “shattered and quite distressed” by Winehouse’s death when she saw him six weeks before the alleged rapes.

She said she saw Traviss three or four times a year, but there was no indication of romance.

The court heard that Traviss and the complainant had been drinking at three bars in London on December 30 last year before going to his home.

The woman alleges she fell asleep twice and woke up to Traviss raping her.

The court heard that the woman could not find her underwear when she was about to leave Traviss’ home.

The court heard that in the new year the complainant travelled to New York to stay with a friend and waited about three weeks before reporting Traviss to police once she returned to London.

But Ian Winter, a defense lawyer for Traviss, said the two were equally drunk and had consensual sex. The claims were “frankly absurd”, he said.

After the alleged rapes the pair texted each other about possibly meeting up the following night to go to a band’s after-show party.