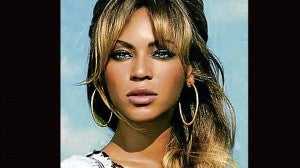 In show biz, the height of stellar chic and cheek is for a celebrity to be officially known by only one name, as in Madonna, Sting and Cher. It’s like being so universally known that you have your own “brand name,” like Coke and Colgate, and you don’t need anything else to be instantly identified and recognized.

Yes, Oprah Winfrey has a “proper” and “complete” name, but she’s known mostly as just Oprah, there isn’t anybody else with that unique moniker. Ditto, Beyoncé used to be known as Beyoncé Knowles, but when she became really popular, Beyoncé was all she needed to make her iconic mark.

—That’s it, the star with only one name is not just a luminary, but also a veritable icon, an original, a pacesetter in his or her field of entertainment. The most popular “brand name” stars include:

Bono, known not just as an entertainer with the U2 band, but also as a humanitarian who supports really big, world-changing causes.

Prince is a veteran singer who’s reinvented himself periodically in many ways, and has come up with hits in a wide range of musical styles, from R&B and pop to rock, jazz and even hip-hop.

Yanni is a self-taught Greek pianist who holds sell-out semi-classical concerts all over the globe.

Cher was half of the Sonny (Bono) and Cher duo before she went solo and became a film star and top concert draw. Since she and ex-hubby Bono ended up with only one professional name apiece, they really are two for the books!

How do some stars end up with only one name? Nicknames have a lot to do with it—like Jay-Z pulling off a variation on his nickname as a kid, Jazzy.

As for Moby, no, he didn’t drop the Dick, his real name is Richard Melville Hall. So, where did the abridged reference to Moby Dick come from? “Moby Dick” author Herman Merville was his great-great-great granduncle! —Ah, so.

On the local show biz scene, we don’t have all that many one-name stars (Paraluman, Dolphy, Palito, Panchito, Pugo and Tugo, Babalu and Babalina come to mind)—but that’s OK. —After all, most fans here have such a personal relationship with their screen idols that they informally refer to them mainly by their first names or stellar pet names. As in: Guy and Pip, Ate Vi, Papa Piolo, Sharon, Pops, FPJ, John Lloyd—and Mr. C!