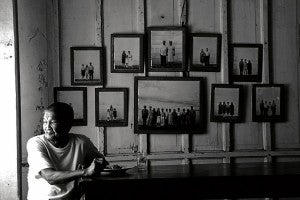 “TAGLISH,” directed by Gym Lumbera in black and white for the 14th Cinemanila International Film Festival, is about “the infidelity between two languages.”

The Cinemanila International Film Festival 2012, which opens on Thursday till Dec. 11 at the Market! Market! in Taguig City, will pay tribute to great Filipino filmmakers who passed away this year.

“These directors may be gone but their body of work live,” said Tikoy Aguiluz, filmmaker and founder of the annual Cinemanila.

The festival will feature a retrospective on Marilou Diaz-Abaya, who died of cancer in September, with the screening of her films “Brutal,” “Moral,” “Karnal,” “May Nagmamahal Sa ’Yo” and “Sa Pusod ng Dagat.”

Celso Ad. Castillo, who died of heart attack only this month, will be honored with a screening of “Burlesk Queen.”

The festival will likewise pay tribute to film producer Tony Veloria, who died in a bus accident also this month, with the showing of Lav Diaz’s “Batang West Side”—which Veloria coproduced. 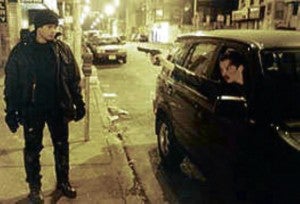 Veloria was also behind the late director-actor Mario O’Hara’s telemovie “Pusang Gala,” which will have its world premiere during Cinemanila’s weeklong run.

“This is also in honor of O’Hara, (who died of leukemia in June). Lav said he found the long-lost material in an old cabinet owned by the late director Joey Gosiengfiao (1941-2007),” Aguiluz told the Inquirer on Tuesday.

These screenings will be part of the festival’s special program that will also include Diaz’s tribute documentary on the late film critic Alexis Tioseco (1981-2009), titled “Pagsisiyasat sa Gabing Ayaw Lumimot.” 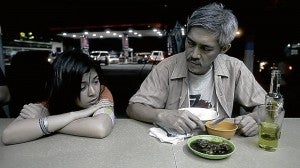 “IN ANOTHER Country,” starring Isabelle Huppert (left), and “Aurora, My Aurora,” directed by Janus Victoria (right), compete in shorts.

The newly restored version of Manuel Conde’s 1950 classic, “Genghis Khan,” will likewise be shown as part of this program. 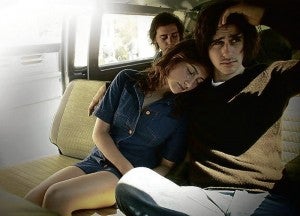 “SOMETHING in the Air” from France, directed by Olivier Assayas

“We are equally proud of our international features since most of these were entries to the Best Foreign Language Films category of the Oscars or have received critical acclaim in film fests in Cannes,

Pusan and Berlin,” Aguiluz pointed out.

The works of three Pinoy directors, who have won awards both here and abroad, will be showcased in the Made in Manila section, Aguiluz reported.

One of these is Lav Diaz’s “Florentina Hubaldo, CTE,” which won the NETPAC (Network for Promotion of Asian Cinema) award at the JeonJu International Film Festival. It was recently screened in Rotterdam and Edinburgh. 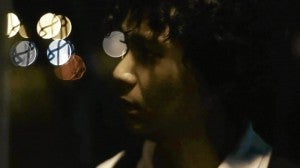 Also to be screened are: Raya Martin’s “The Great Cinema Party,” one of three new films in the JeonJu Digital Project 2012 section; and Sherad Sanchez’s “Jungle Love,” an entry to the Rome International Film Festival CINEMAXXI through Cinemanila.

“We created a section called ‘Very Thai’ because Thailand’s film industry is currently experiencing an exciting period. It’s one of the most successful in Southeast Asia, both in commercial and art filmmaking,” Aguiluz observed.

This year’s opening film, “Le Havre” by Aki Kaurismaki (Finland), will be screened Wednesday, 6 p.m., at Market! Market! Cinemas. The closing film, Weerasethakul’s “Mekong Hotel,” will be shown on Dec. 10.

Cinemanila’s 2012 edition will also feature the usual outdoor screenings of local shorts from the Young Cinema section. It will be held at the Bonifacio High Street lawn on Dec. 7 from 6 p.m. to 12 midnight.

The awards night will be a harana-inspired red carpet event on Dec. 8. “We call it Harana Night because we have invited harana masters to perform. We will also have a documentary inspired by them shown at the nearby ampitheater,” Aguiluz said.