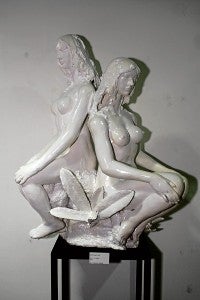 “Few people know that he was also a painter and a sculptor,” Lopez says. “He made a sculpture called ‘Dalawang Isabel,’ which depicts two women from his films: Isabel of ‘Isla’ and Isabel in ‘Ang Pinakamagandang Hayop sa Balat ng Lupa’ (played by Gloria Diaz).”

He was a gentleman and very romantic, Lopez says. “On the set of ‘Isla,’ he sent haranistas to serenade me on my birthday.”