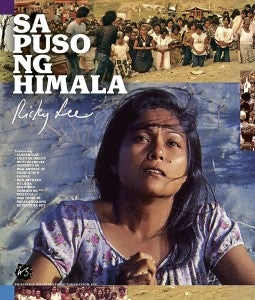 The book includes the full screenplay of the movie (with an English translation) and interviews with lead star Nora Aunor and other cast and crew members.

It also boasts of over 300 unpublished behind-the-scenes photographs.

Since the 1,000 limited-edition hard-bound copies of the book are nearly sold out, the Philippine Writers Studio Foundation (PWSF) has printed soft-bound versions which will be sold at P500 each on Dec. 4. Regular price is P600 per copy.

Sari Dalena and Keith Sicat’s documentary, “Himala Ngayon,” will be screened on the same day at 7 p.m. At 9 p.m., the digitally restored version of the movie will be premiered.