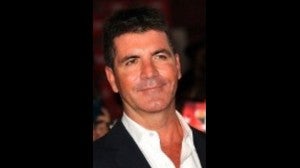 LOS ANGELES – TV talent show guru Simon Cowell is the latest victim of a string of so-called “swatting” hoaxes in Los Angeles, in which police are called to celebrities’ homes by false reports of crimes.

Officers rushed to his home Sunday following a telephone report of “unknown trouble,” said Lincoln Hoshino of the Beverly Hills Police Department, adding that when they got there, Cowell was present but reported no disturbance.

“The caller reported that someone within the house had been tied up with duct tape and needed assistance,” he said.

Other victims of the “swatting” wave – in which hoax callers report crimes in progress at stars’ homes, triggering the dispatch of officers including SWAT teams— have included Ashton Kutcher, Miley Cyrus and Justin Bieber.

The police spokesman added that Sunday’s incident was rather amateurish.

“The call was so ridiculously done it had no credibility with the dispatcher … The dispatcher immediately suspected it was a fake,” he said, although officers were sent to check out the report just in case.