Listen to disparate, desperate voices of the Filipino via indies 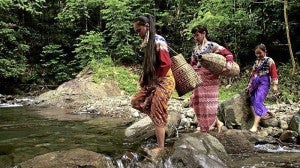 SCENE from “Malan,” which showcases the B’laan culture of South Cotabato.

This was very much evident in the full-length feature films screened at the second edition of the Sineng Pambansa in Davao.

The three-day event was organized by the Film Development Council of the Philippines (FDCP).

He recalled that he stumbled on the film’s concept while scanning through an old issue of Time magazine. “I read about the remains of a shark found in the forests of New Hampshire where the nearest body of water was miles away. I thought of making the boy in my story use the news item for his English assignment.” 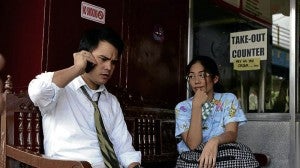 As a commuter, Cruz often wondered about the lives of his fellow jeepney passengers. That was the idea behind his film “Limang Dipang Tao,” that involved 13 major actors and 80 supporting actors and crew members. His main inspiration was Ryan Cayabyab’s song with the same title.

The Sanchezes’ “Huling Biyahe” recounts a time in the movie industry when linear editing was slowly being eased out by digital technology.

“Huling Biyahe” serves as a loving tribute to that bygone era, and to all those post-production professionals (editors, sound engineers, dubbers) who have completely dedicated their lives to the movies. Sigfreid Barros-Sanchez likewise embraced an industry no-no and worked with his wife on this film.

It focuses on a seldom-seen side of our country: the B’laan culture of South Cotabato. Garcia noted that “the story behind ‘Malan’ is important…[because] so many young people do not know, and cannot imagine, (life under) martial law. It shows the repression and violence of the era.”

Lim’s “Kapitan Basura” could’ve been an expensive superhero flick, but with the P600,000 grant, he had to be extra creative.

“I rewrote the script so that I can focus on the resources that are freely available to me,” he recalled. “We modified the treatment of some scenes that would’ve cost millions. We managed to shoot without computer-generated effects.”

Apostol-Escasa’s “Asin” is an attempt to recreate fond rustic memories. “Whenever I visited my hometown of San Juan, Iloilo, I would try to catch the liliang (night fishing). I would watch the fishermen pass by our house. I found it therapeutic, cinematic. It has always been a dream to capture it on film.” 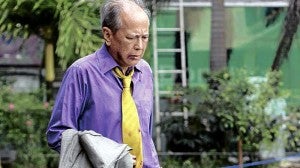 “I was captivated by the idea of a 90-year-old woman living for her art,” Faustino related. “I had been shopping around for a tattoo artist for years, but when I found her, I knew that not only would I have a tattoo by her, I would also make a film about her.”

Manalastas similarly embarked on a long journey for “Ang Pagbabalik ng Bituin,” which follows a household helper named Estrellita “Star” Saco as she travels back from Manila to her hometown in Agusan del Norte in Mindanao, via Roro (Roll On-Roll Off) ships. (Roro ships are designed to carry cars, trucks and buses all over the archipelago.)

Manalastas, who was one month pregnant at the time of the shoot, had to keep up with the grueling pace of the trip. “Like the other passengers, I couldn’t take bathroom breaks anytime or eat meals on time, as the bus was running after the ferry. We couldn’t afford to be left behind.”

Early this year, Saco’s mother and father passed away. “Star’s parents were her inspiration in bringing movies to her town.”

She dedicated the docu to Saco and her parents.

Dayoc’s “Chasing Fireflies” tackles human trafficking and tells the story of children whose lives were destroyed by white slavery.

It’s a problem that can happen in your own backyard, he explained. “It’s worsening. It must end now. Children should be spared from this ordeal.”

Shooting the docu went without a hitch because he worked closely with the nongovernment organization, Center for Peace and Development, headed by Dr. Marcelina Carpizo.

Fireflies, he clarified, offer a “glimmer of hope amid the darkness. Fireflies symbolize the light that abused children are pursuing.”