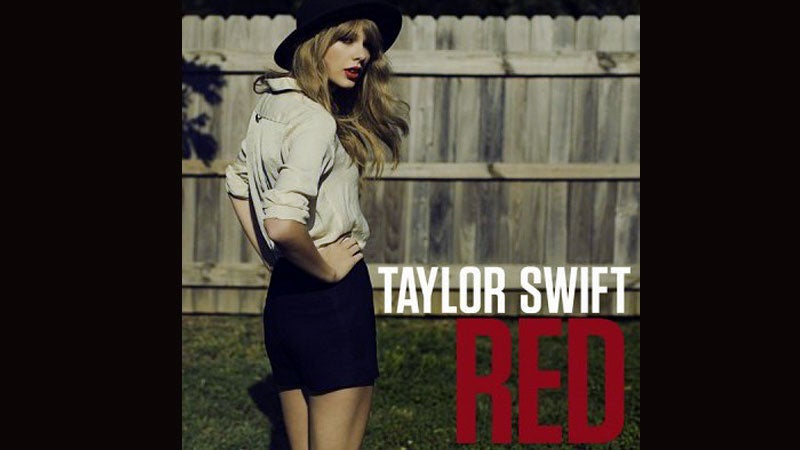 Taylor Swift’s failed relationships and her longing for someone right has pushed her to reveal more intimate, heart-wrenching and detailed lyrics that loosely follow the last two years of her life. It is in this most personal state that she has found the way to elevate her song-writing skills and to explore other sides of herself that perhaps she never knew existed.

This is how I translate the overall feel and the underlying message of Taylor Swift’s latest effort titled: “RED”. This album with its cover of Taylor Swift in a striking pose should serve as a hint to her fans that this latest release will not entirely be like her last three albums because Taylor Swift is entering her transitional phase to the adult-pop realm. With this move, some of her fans may feel left behind because she is dealing less and less with the teen soap-opera narratives and this time with real-life issues. 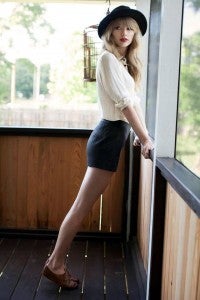 In my opinion, it is the right time for her to do this since Taylor Swift is already 22-years old. Why wait for her fans to get tired of the same motifs, the same melodies and the tried and tested formulae of her songs? Because she is definitely no longer a teen-pop star; it doesn’t mean that her fans wouldn’t still view her as one, though. So why not capture both the teeny bopper fans and the adult fans as well. Her legions of fans have the choice to go along with this said change and still listen to her last three albums.

Now, to know what “RED” offers and what make people believe that this album is the best so far that Taylor Swift has released, let us review the best tracks in the proper sequence of the “RED” (Standard Edition) Album.

Track 1. ‘State of Grace’—will serve as a slow and warm welcome for loyal Taylor Swift fans. This song will also serve as “familiar ground” to those who have purchased her first three albums. You couldn’t really tell the difference with this track.

Track 3. ‘Treacherous’—A ballad directed to Taylor Swift’s country fan base. This is a more of a stripped-down song backed by handclaps and guitar strumming.

Track 4. ‘I Knew You Were Trouble’—starts off as a fun song that goes awry when the dub-step influence makes its way in. This is an example of a mixed-result that looked good on paper but doesn’t translate well in the track-listing of the album. It only added diversity but the dub-step influence is out of place here.

Track 6. ‘22’—A sad song which is coated in a danceable beat. ‘22’ sounds more like a celebration of youth than anything else and coincidentally, 22 is also her age now. There is a deeper meaning to this song than Taylor Swift lets out.

Track 7. ‘I Almost Do’—An acoustic-based song that traces back to her country-folk roots. This is very similar to her debut album “Speak Now.” This song is targeted more to her teen-pop fans.

Track 8. ‘We Are Never Ever Getting Back Together’— Sounds more like an Avril Lavigne song made years ago. Plus I am not sure the vocal tweaking done here to her voice was meant to make her sound younger or just to simply get attention with its unusual pitch which can get annoying. Taylor Swift sounds unconvincing and flat here. This is a perfect example of a “Bubble-Gum POP” song.

Track 10. ‘The Last Time’ Feat. Gary Lightbody—This song is the most mature of the entire album and proves she is ready for the adult-pop realm that I have been speaking of if only she decides to take the full dive into it. It was also a smart move by her producers to team her up with the lead singer of Snow Patrol as it does reach out to other fans and may even lend her some credibility when it comes to working with other artists from different genres. This song comes out nicely because it represents a darker tone of the album. One of the best tracks!

Track 12. ‘Sad Beautiful Tragic’—In this track, Taylor Swift is brutally honest. She does well in turning her raw emotion into finely tuned lyrics here that again speaks of love lost. But honestly how many times can you keep singing of getting hurt and of being a “victim” of love? I lost count how many times she kept singing, referencing and hinting about the same stuff in “RED”. Does she want her fans to be depressed by the time this overly bloated album is over? 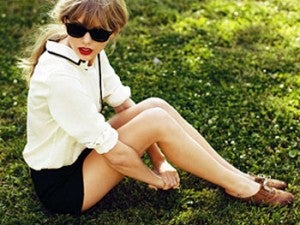 Track 14. ‘Everything Has Changed’ Feat. Ed Sheeran – A guitar-driven song which is another ode to her debut album “Speak Now”. The laying of vocals here was really balanced out. Ed Sheeran does nothing more than complement the vocals of Taylor Swift here. This is the second track in which she has guest vocals. Maybe in the future she could release an album full of duets? She seems to perform better when she has someone to share the mic and stage with.

Track 16. ‘Begin Again’ – For the hopeless romantic and we get to hear Taylor Swift’s guitar-picking skills here. This is a nice delicate and mellow ender to “RED”.

“RED” is a mixed result. There are tracks here that clearly show how far she has gone from being a teen pop-star to making the transition to a certified adult-pop artist. While there are a few tracks in “RED” that still rely on her singing radio-friendly melodies with easy-to-digest lyrics and catchy hooks, you can’t fault her for that as she can’t suddenly throw away her trademark sound and lose a big chunk of her fans that she has made over the years in the process. Plus, Taylor Swift has shown that she has the courage in trying her hand even in the latest trending genres like dub-step which can be seen as a way for to make her presence felt for the club-ready crowd.

In my opinion, out of the 16-tracks in the “RED” (standard edition) I have reviewed, there are 5-6 tracks that you can go without. If you are the discerning listener, you can focus first on the lead single and take it from there to select which track will best suit your taste. But if you are a hard-core fan, you can just listen to any track of the album and enjoy it regardless of whether you understand the song or not. That’s how popular Taylor Swift has become!

But on a positive note, the album is quite varied depending on the musical styles because she has acoustic-based songs like (‘I Almost Do’ and ‘Everything Has Changed’ Feat. Ed Sheeran), a dark folk-ballad (‘On The Last Time’ Feat. Gary Lightbody), one experimental track in the dub-step infused (‘I Knew You Were Trouble’) and heavier country-pop songs (State of Grace and Sad Beautiful Tragic) and a couple other tracks not really worth noting. You can tell why it took two years for “RED” to finally be finished and released.

This clearly wasn’t rushed and the producers knew there will be such a high expectation for her to succeed and to outdo her previous releases.  Some may view this album as an attempt by Taylor Swift to reinvent herself, but it doesn’t go that far. She just finally decided to sing more about her personal life.

That is why the album feels more relatable and lyrically deep to her fans compared to her previous releases. Her music’s maturity has clearly developed over time creating an impressive track-list despite all its flaws and there are moments of the kind of artistry Taylor Swift has. “RED” is not only for the hardcore fans of Taylor Swift but anyone else who wants to listen to a well put- together album full of visible emotion backed by well-written lyrics. But this one is worth purchasing only if you are into love-laced ditties and really, really sentimental stuff.

Keep a box of Kleenex with you!