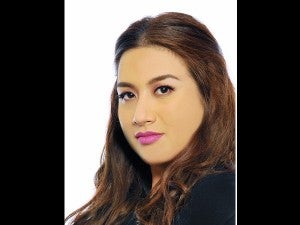 Operas are only very occasionally staged in this country, so the first production of a new opera company deserves the support of all music and theater lovers. That’s why our family was all present and accounted for last week at St. Scholastica’s College, when the Lyric Opera of the Philippines’ production of “Carmen,” with Ana Feleo singing and acting the title role, opened to rousing applause from an avid gala audience.

Directed by Laurice Guillen, the production was made more splendid by Gino Gonzales’ sets and costumes, and the insightful musical partnering of the Manila Symphony Orchestra, Arturo Molina conducting.

The stellar cast was in fine voice, but what made the production truly special was Guillen’s ability to make her singers portray their roles believably and empathetically, aside from just producing those awesome musical sounds—and zounds!

We’ve watched operas all over the world and can thus vouch for the sad fact that opera singers are generally content—and are in fact fixated—on simply singing loudly and beautifully. As a result, most operatic performances are far removed from emotional reality, and are quite happy to be opulent and extravagant showcases for larger-than-life characters in extremis, and the similarly expansive and “expanded” singers who self-consciously portray them.

We found a rare exception to this rule in Leningrad, where an exceptional production of “Lucia di Lammermoor” moved us deeply, because it made use of Stanislavski’s “being and believing” acting technique, to great effect.

Guillen’s mounting of “Carmen” was similarly believable and emotionally charged. It must have taken her a lot of time to break down local opera performers’ “wall” and veneer of artificial “intensity”—but, the effort was well worth it, because the characters in her “Carmen” sang and lived with empathetic perception and conviction.

We also liked the fact that the production is small enough to go on tour, so we hope that schools and communities will get in touch with the new company, so other parts of Metro Manila and the rest of the country can benefit from its first venture’s artistic bounties.

Indeed, if costs can be kept down and productions are portable, opera in the Philippines needn’t be a rare indulgence, but can become a more relevant, significant and pervasive part of the country’s artistic “climate.”

The new opera company should also look into the use of television to further its artistic reach and exposure. Since Guillen is an acclaimed filmmaker, she can insightfully use TV to make “Carmen” more accessible to a much wider audience than is usually available to local operatic performances.

Finally, we hope that enlightened sponsors will support the new company’s determined efforts, so it can soar where so many others have tried their best, been daunted by the many problems involved, and sadly given up the flight—and fight!