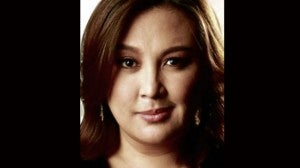 In a 19-page decision released to the public Thursday, the high court’s third division through Associate Justice Diosdado Peralta reversed the Court of Appeals’ decision that gave the go signal for the lower court to push through with the trial of Lito Bautista and Jimmy Alcantara.

The high court said, the actress “took a procedural misstep, and the view she is advancing is erroneous” because it should be the Office of the Solicitor General, not her who should have appealed the lower court’s decision.

The high court said “in criminal cases, the acquittal of the accused or the dismissal of the case against the person can only be appealed by the Solicitor-General, acting on behalf of the State…The capability of the private complainant [in this case, Sharon Cuneta] to question such dismissal or acquittal is limited only to the civil aspect of the case. ”

“Respondent [Cuneta] lacked the personality or legal standing to question the trial court’s order because it is only the OSG who can bring actions on behalf of the State in criminal proceedings, before the Supreme Court and CA.”