Growing up with America 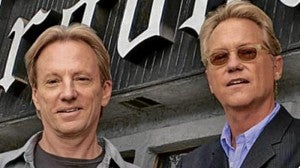 Some things remain etched in memory about the first time we watched the folk-rock band America in 1982 at the Big Dome: the thrill of hearing the upbeat single, “You Can Do Magic,” from the band’s then newly released album, “View From the Ground”; the witty humor of Florante, who opened the concert; the fear of being suffocated as the crowd, packed like sardines, walked down the exit from the upper box section.

Back in high school a few years earlier, the album “History: America’s Greatest Hits” had provided the soundtrack to lazy summer afternoons —friends trying to decipher the cryptic lyrics in “Tin Man”: “When I say I’m spinning round, round, round, round/Smoke glass stain bright color …”

During a spiritual retreat, the song “All My Life” played as classmates cried their hearts out. An embarrassing moment: running out of breath as we sang “A Horse With No Name” in music appreciation class.

These tunes, mostly written in the ’70s when life seemed less stressful, resonate still —whether one is in a reflective mood, when friends get together, on road trips.

We don’t know if we’ll feel the same vibe when America performs tonight at  Smart Araneta Coliseum. We were bothered the last time because Gerry Beckley, one of the founding members, sounded like he was having nasal problems in the last few numbers.

What the heck, we’ll be there just the same.

(After Wednesday night, America performs on October 19 at the Waterfront Cebu Hotel and on October 21 at the University of Baguio. All shows feature the band Kalapana.)