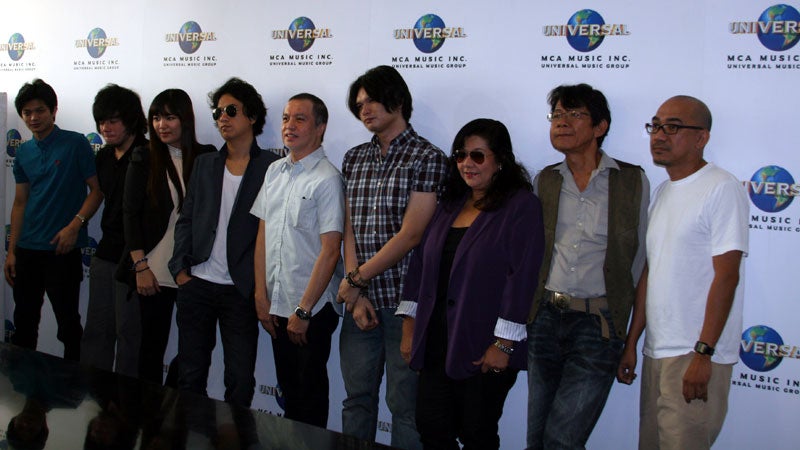 Buendia is popularly known as the frontman of the legendary group, Eraserheads, which is about to reunite again and embark on a four-city concert tour from October 12 to 20 in the United States and Canada.  He is also frontman of the cult favorite, Pupil.

Oktaves is composed of Chris Padilla (currently of Hilera) also on vocals and guitars, Nitoy Adriano (long-time axeman of The Jerks) on lead guitar, Ivan Garcia on bass (Hilera) and Bobby Padilla on drums (Hilera). 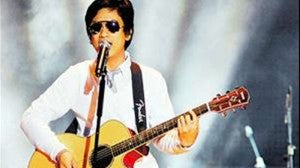 In MCA’s statement to the press, Oktaves is described “a super band. Plain and simple.”

The MCA also stated: “Ely Buendia really needs no introduction. One of the most influential artists of this generation, nearly every band that was formed in the past two decades looks up to him and considers his music to be a major influence.”

“Nitoy Adriano is a former member of quintessential Filipino rock band The Jerks. They are the original alternative and blues band of the Philippines. Current and past members are considered icons in the local music scene,” MCA said.

“Chris Padilla, Bobby Padilla and Ivan Garcia are actually a three piece rockabilly group called Hilera. They may be new players in the scene compared to the other two members but they have already made quite an impact by winning the Nescafe sound school competition in 2005 and by being nominated and winning various rock awards,” MCA added.

Born at an Esquire ball

How the band was formed, MCA said, “The members have collaborated several times before most notably when Hilera took part in the production of Buendia’s project with Francis Magalona entitled ‘In Love and War’. However, the band was officially formed almost exactly a year ago when they first went onstage as “Oktaves” when they performed at the inaugural Esquire (magazine) ball.”

“The collaboration turned into a headlining band which now plays in the best rock venues in the country. They now have a repertoire of original songs and also perform a good number of classic rock anthems. Oktaves’ brand of music is straight up rock n’ roll. Their music is very relatable to various audiences of different generations. Whilst their sound is classy and sophisticated, they are also very appealing to the mainstream crowd,” MCA said.

A quick YouTube search would produce a few entries on Oktaves gigs in 70s Bistro, the earliest of which was shot on January 20 this year.

In the videos, Buendia with his new band mates is seen having a good time doing old favorites from Eraserheads like “Pare Ko,” “Tindahan ni Aling Nena,” “Poorman’s Grave,” The Beatles’ “Love Me Do,” “This Boy,” “Something,” The Smith’s  “This Charming Man,” Elvis Presley’s “Suspicious Mind,” Bob Dylan’s “Like A Rolling Stone” and some originals; the potential major hit “Paakyat Ka Pa Lang, Pababa Na Ako,” a tribute song for Jose Rizal titled “Bungo sa Bangin” and “La Paloma,” the movie theme song for “Manila Kingpin: The Asiong Salonga Story.”

Like in his Eheads’ days, Buendia’s playful self is evident again. In one entry, he does an acoustic version of Roxette’s old hit, “It Must Have Been Love” as an intro to “Pare Ko.”

Adriano, being the veteran and most senior in the group, is surprisingly very much at home. His solid riffs and hooks are the ones that solidify the somewhat occasional scattered sound of the rest. At any rate, he has been playing guitar years before Buendia and the rest learned to sing the ABC.

MCA assured the fans that Oktaves will release its debut album this December. For updates, log-on to www.facebook.com/mcamusic.