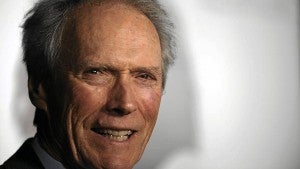 WASHINGTON – Movie icon Clint Eastwood, who once reveled in the role of hard-bitten San Francisco cop “Dirty” Harry Callahan, has paid a stirring tribute to US law enforcement officers.

Accepting to be honorary chairman of a National Law Enforcement Officers Museum in Washington that plans to open its doors at the end of 2013, Eastwood, 81, said the project was “long overdue” and “richly deserved.”

“On average, an officer is killed in the line of duty somewhere in America every 53 hours. Some 60,000 officers a year are assaulted resulting in 16,000 injuries,” Eastwood said in a written statement.

“Yet, despite those daunting risks, some 800,000 men and women go out every day to serve and protect us. I am deeply honored to help tell their heroic story of service and sacrifice.”

The museum said Eastwood had lent his Dirty Harry image to help raise funds for the project, which will be near an existing memorial paying tribute to the 19,298 police officers killed in the line of duty since 1791.

Construction of the museum, which will house exhibits reflecting the work of law enforcement, past and present, began at the end of 2010. A “Hall of Remembrance” will honor the fallen.

Some $43 million of the estimated $80 million cost of the project has already been collected, according to the museum.

Eastwood made his name in Sergio Leone’s “spaghetti westerns” but cemented his Hollywood stardom by playing inspector Harry Callahan in five films during the 1970s and 1980s. He is now also a two-time Oscar-winning director.