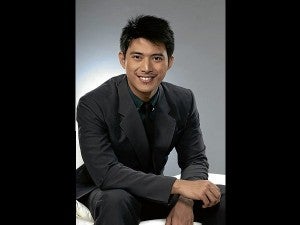 Mike notes that this stemmed from the fact that both he and Mark hold the title “Ultimate Male Survivor” from the Kapuso reality talent search “Starstruck.” (Mark won the first season; Mike, the second).

Mark has since become less visible on television than Mike, who was cast in three Kapuso programs this year—“Legacy,” which aired from January to June; “Tweets For My Sweet,” May to August; and “Faithfully,” which concludes today.

“Honestly, becoming more popular than Mark isn’t my priority. My focus is to become the best at what I do,” Mike told the Inquirer during a recent visit to the set of “Faithfully” in Diliman, Quezon City.

“Faithfully” director Mike Tuviera has only praise for Mike, even going to the extent of describing the young actor as “the quintessential leading man.”

But this doesn’t mean Mike will now turn down supporting roles. “I refuse to limit myself in any way. A good actor has to be flexible and versatile. I take on each role with enthusiasm and try different approaches to a character.”

According to the actor, his secret weapons are having a supportive girlfriend and a focused physical regimen.

Mike has been involved with the same nonshow biz girl for six and a half years—almost as long as his stint in show business.

“Transparency, trust and love,” Mike said on the secrets of their long relationship. “My girlfriend Cris and I talk about everything that happens in our lives.”

Mike added: “She’s very supportive. She knows more about movies and TV shows than I do and she helps when I do research for certain roles.”

Mike is also into boxing and basketball. He hits the gym regularly with Mark Herras, pushing one another’s limits.

“After our first session together, Mark complained because his whole body was sore. I told him we couldn’t give up.”

(With a report from Bayani San Diego)