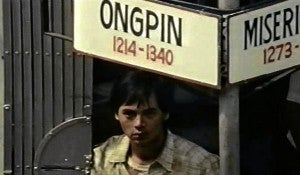 A total of 24 Filipino films have been invited to the Semana de Cine Experimental de Madrid Film Festival to be held in Spain from Nov. 16 to 23 as part of the government’s Film Cultural Exchange Program.

“We hope to finish subtitling 23 Filipino films in Spanish for Cine Experimental. The subtitling is currently underway in Uruguay,” reported  Briccio Santos, chair of the Film Development Council of the Philippines (FDCP).

Santos announced the country’s participation in the Madrid fest during the launch of the 11th “Pelikula, Pelicula” Spanish Film Festival in Manila last week.

Santos said the country will likewise work with the Filmoteca Española, the Spanish Cinematheque, in 2013.

Spearheaded by the Instituto Cervantes de Manila, “Pelikula, Pelicula” will showcase 20 films from Spain and Latin America (specifically, Argentina) at the Greenbelt 3 Cinemas from 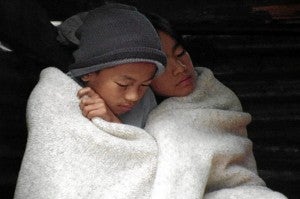 Santos said FDCP welcomes collaborations with the embassies and cultural organizations of different countries—especially with Spain, which “shares strong historical and cultural ties with the Philippines.”

Santos pointed out that one of the films in this year’s Spanish fest, Ignacio Ferreras’ animated flick “Arrugas (Wrinkles),” was partly made by Filipino artists who work for Top Draw, a company based in Pasig.

“About 25 percent of ‘Arrugas’ was outsourced in the Philippines,” he said.

For the first time, the FDCP’s Cinematheques in Davao, Iloilo, Baguio and Marawi will screen selected films from the Spanish fest after its Manila run, Santos said.

He related that FDCP is also working closely with Spanish counterparts in “exploring the possible repatriation  of Filipino films still stored at the Ciudad de la Imagen and other archives in Spain.”