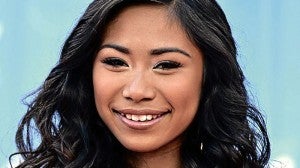 MANILA, Philippines—Jessica Sanchez will be launched next week as an endorser for Jollibee, a source from an ad agency confirmed to the Inquirer on Friday.

Sanchez is in the country as part of the “American Idol” concert, which was held Friday night at the Smart Araneta Coliseum.

Sanchez, an American of Filipino and Mexican descent, has relatives in Bataan province.

In an earlier interview, Sanchez said she would be staying behind for about a week after the concert.

“I’ll be shooting some product endorsements,” she said.