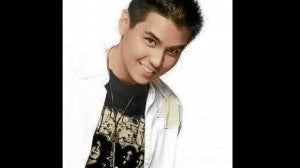 MANILA, Philippines—The Parañaque City Prosecutor’s Office dismissed the complaints for murder and frustrated murder against a sister and a brother in-law of murdered actor Ramgen Bautista.

In a five-page resolution by State Prosecutor Lamberto Fabros, which was approved by City Prosecutor Amerhassan Paudac, there was insufficient evidence to prosecute Gail Bautista-Furuyama and Takahiro Furayama for the murder of Ramgen and shooting of Janelle Manahan inside Revilla’s home on President’s Avenue, BF Homes, Parañaque, last Oct. 28, 2011.

“After going over the record, we find the evidence insufficient to indict respondents Gail Bautista-Furuyama and husband Takahiro Furayama for murder and frustrated murder…Accordingly, in our opinion, the existence of probable cause has not been established by the complainant in the case,” the resolution stated.

Fabros said there was no evidence that could prove that the respondents directly participated in the planning and execution of the murder and frustrated murder.