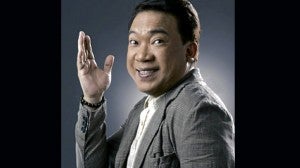 MANILA, Philippines—The Court of Appeals stopped the Office of the Ombudsman and the Department of the Interior and Local Government from implementing the suspension order against former comedian turned councilor and his colleague in connection with allegations of maintaining “ghost employees” in the payroll of the Quezon City Council.

In a 4-page Court of Appeals resolution, its special 9th division said “after a careful perusal of the allegations contained in the present petition, verily, this Court finds that Petitioners will suffer great and irrep[arable] injury if no temporary restraining order will be issued pending the determination of facts upon which this petition is based. Thus, petitioner’s prayer is granted.”

The TRO in favor of Quezon City Councilors Roderick Paulate and Francisco Calalay and Liaison Officer Vicente Bamamunde will be effective for 60 days.

At the same time, the appeals court asked the Ombudsman and the DILG to comment on the petition within 10 days upon receipt of the resolution.

The case stemmed in May after the Ombudsman approved the recommendation made by the Field Investigation Office (FIO) to conduct a formal investigation on the complaint filed by a certain Jimmy Lee Davis through counsel former Senator Aquilino Pimentel Jr.

Based on FIO investigation, the two councilors maintained “job order personnel” under their respective offices which turned out to be fictitious persons. These fictitious personnel received monthly wages ranging from PhP2, 500.00 to PhP5,000.00.

Investigation disclosed that these fictitious personnel do not have birth records from the National Statistics Office, are not registered voters of Quezon City, have secured NBI clearances, and are not known in the respective barangays where they allegedly reside or the indicated Barangay-addresses where they purportedly reside do not exist.

But the appeals court agreed with petitioners Paulate and the two others that there is no compelling necessity to place them under preventive suspension.