Hilda Koronel in ‘The Mistress’ 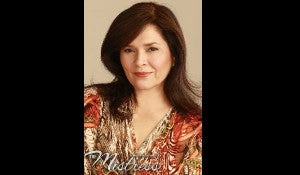 “Shopping!” is practically all she has been doing, the veteran actress told reporters during a recent press con for the coming Star Cinema film, “The Mistress.”

Hilda elaborated: “I’m just relaxing and having a great time with my husband. My only son is grown up. All my kids are now professionals. I’m not stressed out. I just take care of my cat, my dog, my husband and my son.”

The multiawarded actress came home last July 22 to do the film, directed by Olivia Lamasan. Other stars in the cast include Bea Alonzo, John Lloyd Cruz and Ronaldo Valdez.

The project doesn’t signal a full comeback, Hilda clarified. “Perhaps a film every once in a while would be OK.”

She admitted that she didn’t really miss acting, but that she felt a tad nostalgic when watching old films with her husband, who’s quite the cinephile.

She said she would sometimes ask herself: “Do I really want to do it again? Would I really like shooting till the wee hours of the morning or memorizing lines again? There were times that I did think about all those things.”

Though the answer was usually no, she could do without all that, Hilda said she could never fully turn her back on the industry. “Not once did I think of leaving it forever. I could never say that I’m retired. I just say I’m on vacation.”

The offers to do films and television projects didn’t stop even after Hilda left the country in 2006.

Naturally meticulous about the jobs she accepted, she said the quality of the script was her topmost priority.

She explained: “The story has to be touching. It should move me. I have to feel the emotion in every dialogue. I have to see myself delivering the lines.”

Hilda revealed a recent offer to do a teleserye. She said: “But it will require three months. I have to think about it first. It has to be really worth my time. We’ll see.”

And although she found it heartwarming to still be very much in demand, Hilda confessed, she could also feel some pressure.

According to Hilda, some people still expect her to deliver the same level of intensity that she displayed in the 1976 Lino Brocka masterpiece, “Insiang.”

“The funny thing is people expect me to be as good as I was back when I was 18,” she pointed out. “They’ll say, ‘She’ll do well. She’s Miss Insiang after all.’ Wait a minute, I’m old now! But I know I’ll always try my best.”

Luckily, Hilda said, it didn’t take long for her to get her groove back while shooting “The Mistress.”

At 55, Hilda has remained youthful and regal.

How does she take care of her good looks?

“It’s just healthy living, I guess,” she said. “Our diet’s very good. We eat organic things and lots of fruits and vegetables. I exercise and walk a lot, and I also play badminton.”

Hilda said she never even considered going under the knife, or getting Botox injections. “No, I don’t need those. I’m not unhappy with my looks!” she said, laughing.

She doesn’t mind being called “lola” by her three grandchildren either.