A storytelling session with Gary Lightbody 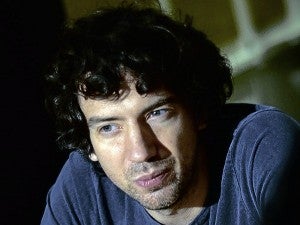 To be honest, I’ve always thought that Snow Patrol is one of those highly underrated bands that are so much better than what critics give them credit for. As the brilliant voice and mind behind the hits, frontman Gary Lightbody acknowledges the inescapable fact that they’ve been musically pigeonholed in some way because of their biggest hits. “The big songs that we’ve had have mostly been the anthemic ballad-type songs, and people probably think that’s what we do. By all means, it’s not all we do,” he recently told Super and other members of the media in an intimate round-table interview at the Edsa Shangri-La Hotel’s Santan Room.

“We’ve always done the strange things as well as the big things, and I think anybody that’s listened to the albums rather than just heard songs on the radio will know that. But it comes with the territory; it’s always going to hang on there.”

On the other hand, as their song goes, this isn’t everything they are—they actually have so much more to offer, and the immense success of their Manila tour proved it.

Here’s an excerpt from our lovely chat-cum-storytelling session with the affable Lightbody:

On performing in European versus Southeast Asian countries:

I guess one of the biggest differences is that we play in European cities a lot (laughter) and we haven’t played in the Philippines, Singapore or Hong Kong before, so everything feels more special here. That’s not to take away from European shows, but it feels like the start of, to quote a movie, “a beautiful friendship”—it’s like the start of something really special for us because we’re playing in Southeast Asia really for the first time. We’ve done Korea and Japan before, and the crowds are amazing, really great. Singapore was stunning; it’s one of my favorite shows of the year. I’m hoping it’ll be the same here.

On dealing with mainstream consumerism without compromising identity:

I think it’s important to never do anything that you see as perpetuating the problem. Like, we don’t do adverts. We’re asked to do adverts everyday and we’re offered lots and lots of money, but I see our music attached to a car or perfume or something and it would make me physically sick. Even in the dark days of ten years with no hits, from 1994 to 2004, we didn’t do any adverts. But I think in terms of a more specific thing for us, in our own music, [it’s] doing what you want to do and not doing what anyone else tells you to do. We’re on a major label, but it’s not a label that gets involved in our artistic process. We’d make our records and we’d deliver it to them and they’d go: “Okay, we’ll put that out.” So having a good relationship with your record label is a good start so you don’t ever get interfered with musically.

On touring with U2:

I think that the real beauty is making a large venue feel small, and that is something we learned when we toured with U2. You know, Bono can make a stadium of 60,000 people feel like he’s playing in your front room, because he brings the whole crowd to him. It’s like he’s singing to everybody individually onstage. On that tour, we did 35 shows over three years with them and I learned so much from playing with him. I think I’m developing that skill; I don’t know whether I quite have it… But it’s a joy when it happens, and you could feel it happening, feel the room shrinking.

On what the “Irish appeal” is to the international audience:

I think it’s our inherent sexiness. (Laughter) I think there’s a natural musicianship in Ireland, that we all grew up around a piano or a guitar. It’s part of our heritage, you know. I’m not saying this doesn’t happen in other countries or around the world, but it is a very Irish thing. Everyone has a party piece that they do, even though they’re not a professional musician. It is a big part of Irish life, just singing randomly. It’s good fun.

Irish artists whose music he recommends listening to:

Two Door Cinema Club; they’re kind of the next big band in Northern Ireland. The Lowly Knights are fantastic. David C. Clemens, I think, is Northern Ireland’s Bruce Springsteen. A girl called Fionn Regan from Dublin is amazing. Declan O’Rourke. I could list hundreds upon hundreds of great musicians in Ireland, you know, there’s a wave coming that will knock people’s socks off for sure.

On the songs he’s named after places:

Well, “Berlin” is an instrumental and it was written when we were making “A Hundred Million Suns” in Berlin, so that’s why I called it that. It’s a simple matter of geography. [For] “New York,” I was in LA and there was a lady in New York—girl, woman, female—(laughter) so it’s a song about distance and that heartbreak that you’re completely and utterly obsessed by.

On his recent bout with writer’s block and some tips in dealing with it:

I’d written lots and lots of melodies, but only five or six lyrics. Then the shutters just came down overnight; words just didn’t come to me, and it became a real problem because I couldn’t even pick up a pen or paper. I just really closed up. After about two months of that, I started to ask friends in bands about how they got over it, and every single person told me the same thing, quite frustratingly. It’s that you must write your way out of it, and it doesn’t matter what you write, you just have to keep writing. It’s like drawing poison; you just keep writing and it’s all endless crap and then suddenly one day, it changes into [a] lucidity of some sort and you start to get your brain back. And that’s exactly what happened; it took me weeks and weeks of writing nonsense and it just came back overnight.

It was the song “Life-ning” from the new record that was the first song. My goddaughters, Jacknife Lee’s kids Betsy and Esme, were in the room and they were playing and making me laugh as they always do, those sweet girls. And it all just hit me, what was important in life, and I just listed them. It’s as simple as that, and it got me back on track again.

Neil Young, Stevie Wonder, Aretha Franklin. Rufus Wainwright—I’ve sung with Martha (in “Set The Fire To The Third Bar”), I’d like to sing with her brother as well. Justin Vernon, I think; Bon Iver is genius. Win Butler of Arcade Fire.

On putting on a show:

We have an awful lot of fun on stage. I think a lot of people are gonna be surprised by just how much fun it is because the songs are kind of, you know, heartbreaking. (Laughter) But there’s an awful lot of joy created from that heartbreak. It’s funny how these things are changed by an environment and by people in the room. You know, people singing back a song that I wrote on my own in the darkness in Glasgow or Belfast, with the rain dripping through the crack of a window. It’s amazing how they turn into something extraordinary, restorative and redemptive when they’re sung by a large collection of people. We’re very blessed that wherever we go in the world, people sing it back to us in high volume.

I never expect it but I always hope—and I’m very rarely let down by our fans.