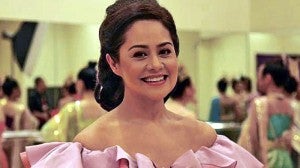 WILSON. Portrays Anna in “The King and I.” Photo by JONAS ABUEVA

MANILA, Philippines – The “ber” months are within reach—and we’re very excited about the latest projects of Monique Wilson and Ogie Alcasid, who are headlining exciting musicals onstage and onscreen in the coming weeks.

Last Wednesday, when we ran into Ogie—who was a big hit in the big-screen version of “Boy Pick-Up” early this year—he told us how excited he was to share the screen with Gary Valenciano, Zsa Zsa Padilla, Eugene Domingo, Sam Concepcion and Tippy Dos Santos in the heart-warming “movieoke,” “I Do Bidoo Bidoo: Heto nApo Sila,” under Chris Martinez’s direction.

For her part, Monique is taking a break from her teaching chores at London’s East15 drama school to portray the strong-willed Anna Leonowens in 19th century Siam in the splashy revival of the stage production, “The King and I,” opposite Leo Valdez. The Rodgers and Hammerstein musical, which opens on Sept. 15, is Resorts World Manila’s followup to “The Sound of Music.”

“The King and I” has a special spot in our heart, not only because, as a child, we watched Walter Lang’s 1956 screen version, starring Yul Brynner and Deborah Kerr, and sang its enduring tunes (“I Whistle A Happy Tune,” “Getting to Know You,” “We Kiss In A Shadow,” “I Have Dreamed” and “Shall We Dance?”), but also because we liked how director Andy Tennant “deconstructed” its story sans  music in the 1999 biographical drama, “Anna and the King,” starring Jodie Foster and Chow Yun-Fat.

More than a decade ago, we also fondly remember codirecting (with Cocoy Laurel) a stage version of the musical at the Manila Polo Club starring the prodigious Laurel clan—with former Vice President Doy Laurel and the lovely Celia Diaz-Laurel in the roles of the King and Anna, respectively. 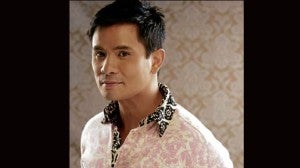 As fate would have it, when a family member who was cast as Lun Tha backed out at the last minute, we had to step in and sing “I Have Dreamed” with Iwi, who played Tuptim!

Monique’s stint on “The King and I” is her first acting project since her acclaimed turn in New Voice’s “My Name is Rachel Corrie”—and we’re only too happy to see her doing what she does best (acting and singing) as she continues her brave battle with cancer. We’ve seen Monique only once since she came home last July, but we were thrilled when she showed us pictures she took of the musical’s glossy set and dazzling costumes.

Break a leg, Monique and Ogie!