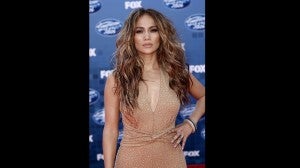 LOS ANGELES – ABC Family said it green-lighted a series pilot from Jennifer Lopez’s production company about a lesbian couple and their diverse family.

Lopez will be an executive producer for the hour-long project. Casting was not announced.

Her company, Nuyorican, is in development on other TV series, including “Taming Ben Taylor,” a romantic comedy starring the actress-singer, and “Sweet Little 15,” a Mexican girl’s coming-of-age story.

Lopez, who recently exited “American Idol” as a judge, also is developing films through her company.