Modern technology and live music accompany films from the past to present images of the future
By: Bayani San Diego Jr.
Philippine Daily Inquirer / 07:20 PM August 23, 2012 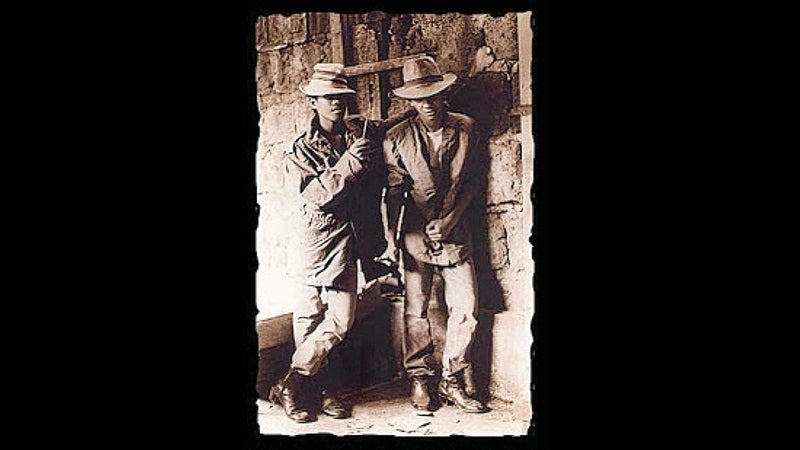 In the early days of cinema, Guardiola said, screenings of silent movies were almost always a raucous affair. “There was a pianist accompanying the film. People were cheering and clapping while watching.” 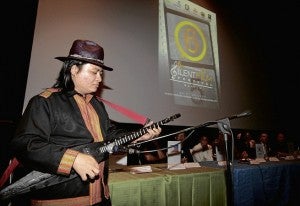 FEATURED STORIES
ENTERTAINMENT
Aljur after separating from Kylie: For everyone’s sake, including my kids, I’ll always choose to be happy
ENTERTAINMENT
Erin Ocampo introduces BF amid third party accusations in Aljur-Kylie split
ENTERTAINMENT
Martin on how girlfriend Anj feels about his closeness to Pops

Guardiola said that Ignacio Plaza, a Spanish scorer of silent films, teams up with Filipino band SinoSikat? to provide music for “La Casa de la Troya”—a comedy about students who live in a dormitory.

“The works of Ignacio and Sino-Sikat? are difficult to classify,” Guardiola said, but he noted that both acts exuded the film’s “youthful energy.” 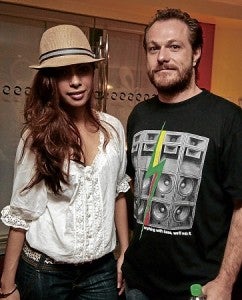 Kat Agarrado, SinoSikat? vocalist, said she was thrilled by the “experiment.” She said: “It’s time to bring out gadgets we never used before.”

“La Casa” will be screened Saturday at 3 p.m.

Richard Kunzel, director of the Goethe Institut, is bringing back “Metropolis.” As in its first local screening in 2007, live dance music proponents Rubber Inc. will accompany the screening of “Metropolis” to-night at 7 p.m.

Rubber Inc.’s Noel de Brackinghe agreed: “We will be applying modern technology and music on a film from the past that presents an image of the future.”

Ozu, the acclaimed director behind Japan’s silent film, is known as the “most Japanese of filmmakers,” said Yukie Mitomi, assistant director of the Japan Foundation.

Mitomi handpicked reggae band Tropical Depression to score the family comedy “I Was Born, But.” The film will be screened tomorrow at 7 p.m. 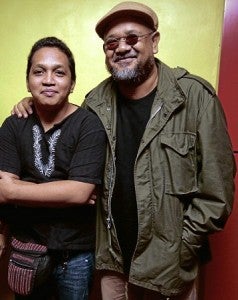 “When we reviewed the film, we heard reggae music,” Mitomi related. “We expect Tropical Depression to bring a good vibe and spice up the screening.”

“I look at it as a challenge,” said Dominic “Papadom” Gamboa, the band’s frontman. “Interestingly, I’ve been experimenting with dub music and collaborating with Japanese reggae musicians of late.”

Emanuela Adesini, cultural attaché of the Italian embassy, paired up the improvisational trio Garlic with the film “La Signora,” which is based on the same famous French novel (Alexandre Dumas, fils’ “Camille”) that inspired the Italian opera “La Traviata.”

“It’ll be interesting to hear the Filipino musicians’ interpretation of a diva story,” Adesini said.

Francis Reyes, Garlic guitarist, said his goal was to “underscore the film.” 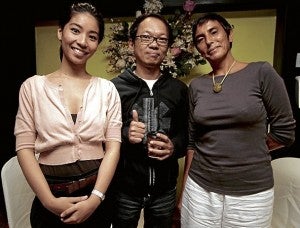 For the first time, the United States is participating with the film “Safety Last.”

According to Alan Holst, cultural affairs officer of the US embassy, the film features one of the most iconic images from the silent era—that is, a man hanging from a clock tower.

“I think the ensemble Radioactive Sago Project is a good match for the film, which captures the gung-ho, never-say-die optimism of the American spirit,” Holst said.

Radioactive Sago Project member Francis de Veyra admitted that scoring could be “a difficult job since the film is action-packed and features daredevil stunts.” “Safety Last” is set on Aug. 27, 7 p.m.

Since most, if not all, of our country’s silent films have been lost, the Philippines will field two 1980s experimental films by Red, who is collaborating with musician Diwa de Leon for the screenings.

Red noted that the silent fest would bring to the fore an urgent issue: Preserving our film heritage. He said: “My film ‘Eternity’ reimagines a lost cinema.” The screening of “Eternity” and “Pelikula” is on Aug. 26, starting at 7 p.m.

Guardiola noted: “In Spain, 80 percent of our silent films have been lost. Films are worth preserving; they tell a country’s history.”

Adesini said that the fest had succeeded in introducing silent films to young people “who were first attracted by the bands before getting hooked on the unique experience” of watching a cine-concert.

Mitomi described it as an exhilarating synergy. “The young interacting with the old; the local with the foreign.”

With the fest, the youth will hopefully “discover that there is more to cinema than just the latest blockbusters,” Mitomi added.