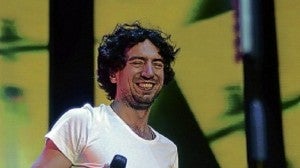 Many believe that the timing couldn’t have been worse. But for those who were there at the Smart Araneta Coliseum last Aug. 9, that couldn’t be further from the truth. Snow Patrol turned in an extraordinarily poignant performance that turned out to be a blessing of sorts for weather-beaten Manila. 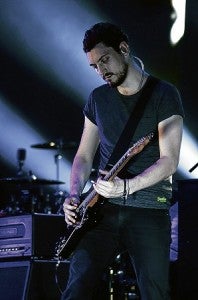 The cheers intensified as the stage burst into life with the giddy track “Hands Open,” which set the mood for the whole show. The stunning setup consisted of gorgeously timed stage lighting and a backdrop divided into seven tall panels that displayed video graphics alternating with live concert footage.

The set consisted of 18 feel-good and feel-better tracks, including two encore songs. The jaunty “Take Back The City” and “Crack The Shutters” from 2008’s “A Hundred Million Suns” cheered up the crowd with its timely lyrics, while earlier midtempo hits “Chocolate,” “Shut Your Eyes” and “You’re All I Have” hit home with the lovelorn fans in the audience. One of the concert’s most uplifting moments was during “Open Your Eyes,” where Lightbody sweetly implored, “Tell me that you’ll open your eyes” over and over, the full band rising into a powerful crescendo.

While the rest of the band members had their game faces on throughout the entire show, the sprightly Lightbody entertained the audience with his goofy antics, teasing his bemused guitarists and hugging his guitar tech in between songs for comic relief. 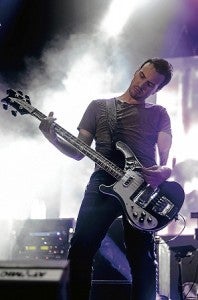 The more recent singles “Called Out In The Dark” and “In The End” from “Empires” built the momentum for the intense title track, with jangly, frenetic strings, thundering drumbeats and flashing lights accentuating Lightbody’s booming vocals.

Lightbody had said during our round table interview that their goal was to make a huge arena feel small and intimate, like what U2 does; judging from the looks on people’s faces, they easily achieved that goal in Manila. It was during the tender moments that the band’s connection with its audience was most evident, and Lightbody’s quiet charisma the most effective.

During mainstream favorites “Run” and “Chasing Cars,” his vocals were rich and velvety.

The thoughtful people that they are, the band already had heartfelt words for the Filipino people early on in the set. “You are all an inspiration to the world,” Lightbody said before launching into “This Isn’t Everything You Are.” But it was his speech before the plaintive ballad “Life-ning” that served as the emotional climax of the show, in which he dedicated the song as a “healing gesture” to those who had suffered loss during the calamity. 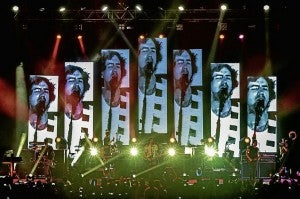 “This song is about my family and my home, and I can’t think what it would be like if it was taken from me,” he shared. “I’d like to offer this song to you all out of respect for your grace, your humanity, and your kindness. Thank you, all. We’ll never forget this.” Needless to say, there wasn’t a dry eye in sight.

“Words of reassurance, but only if they’re true … Just some simple kindness, no vengeance from the gods. This is all I ever wanted from life,” he breathed while softly strumming his acoustic guitar. It’s a simple, sincere wish he shared not only with the almost 6,000 fans in the venue, but with the rest of the Filipino community.

The band finished off a flawless set with the sweet synth sounds of “Just Say Yes.” 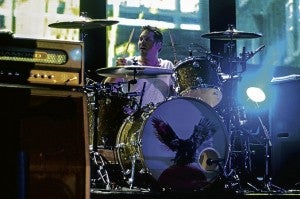 Despite the themes of heartbreak, Snow Patrol’s songs have that wonderfully uplifting effect that’s only magnified when experienced live.

After the show, signed CDs and posters were sold at the gate after the show, with proceeds of the sales to be donated to the flood victims—another unexpected “healing gesture” that further endears the band from Glasgow to people on this side of the world. Dayly Entertainment’s Yam Enriquez sums up our sentiments in a recent post on her Facebook account: “Snow Patrol, I have so much love and respect for you now. Thank you so much. Your show could not have come at a better time. Good choice of song to dedicate to the Filipinos too. The lyrics are very meaningful.

“If any of you ever get the chance to watch Snow Patrol anytime soon or in the future, do not think twice about getting a ticket. Not only are they great live, they have big hearts,” she added.

We couldn’t agree more. A hundred million thanks and kudos to the band for spreading warmth and joy when we Filipinos needed it the most.