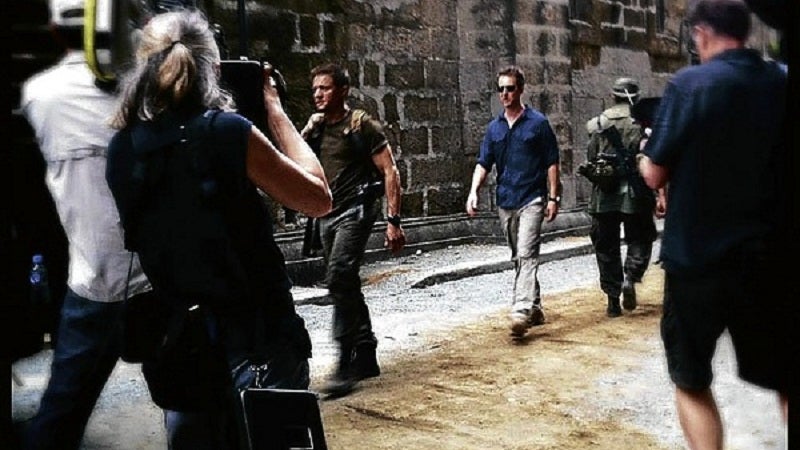 JEREMY Renner and Edward Norton on the set

Production designer and stylist Candy Reyes is no stranger to long nights, hunting down costumes and helping bring to life scenes for films, music videos and TV ads. It was only a matter of time before she ended up on the set of a Hollywood film. Candy tells Super how it was shopping for Rachel Weisz and working on the set of “The Bourne Legacy.”

How did you end up working on the set as assistant costume designer? 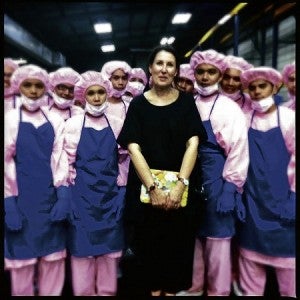 The film’s costume designer, Shay Cunliffe, sent an email asking for an assistant costume designer since she wasn’t traveling with her current assistant. The people involved in the production of the Manila leg (who I regularly work with) asked me to submit a resumé. Shay interviewed me on Skype—a month later, she arrived from the Canada shoot and we start working two weeks before filming!

What were you in charge of?

I basically helped Shay source/shop for costumes for all the main actors and supporting cast. I also helped with all the costume fittings with the actors. We also kept an eye on the background people in every scene, and helped dress them when needed. I also gave input on costumes for the local characters. A huge part of the work was also being really able to translate not just the language, but our culture so that it could be represented properly through wardrobe.

How long were you on the set?

About two weeks of prep work and five weeks of filming.

How was the first day on the set? 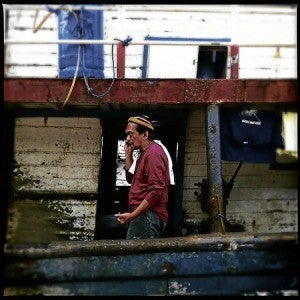 Lou Veloso aboard the Sabrina

Very exciting! Everything was on a much bigger scale than I’m used to—big trailers, a huge crew, huge crowds. It was an amazing opportunity to be able to see these people work up close, and translate what I’ve read in the script to film. I couldn’t get enough of it.

It usually started very early in the morning, we were on set before 6 a.m. After a quick breakfast, we’d head straight for the wardrobe truck/trailer—the costumers are all preparing what they need for the first scenes of the day. Then we head to set where everything is already set up, with minor tweaking of lights, camera, etc. before the actors are called in.

If it’s a day with a lot of background, we do a walk-through and check on all the extras—see if anyone stands out too much, watch out for any logos/characters on clothes that need replacing. We stay on set the whole morning, longer if there are bigger scenes in the day, and head out to the malls when everything is set. The rest of the day is spent shopping for wardrobe or costume fittings. When we shoot at night, we’re at the malls shopping before heading to set for the night scenes.

So you had to keep buying clothes? 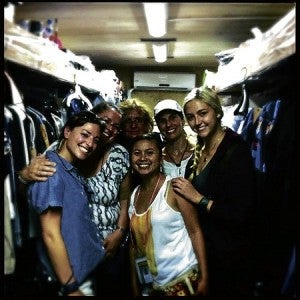 CANDY (center) and the costume crew

Yes! They all came straight from filming in Canada, so we had to buy stuff for the upcoming scenes/characters that weren’t established yet. The local cast was only finalized here, so we only got their sizes just then. Also, since it was winter in the US and Canada at the time, they needed clothes appropriate for our weather, so it was best that we got them here.

What was the toughest part of the job?

Because I love every bit of my job, the only tough part was the hectic schedule—working at least 12 hours a day for six days a week, being on your feet all day—it takes a toll on your body. It was tiring and I ended up camping out at my sister’s place almost the entire time so I would be nearer our locations and save on the extra travel time required.

I also had to divide my time between coming to set and shopping for the upcoming costumes, and would often end up running around everywhere all day until the mall closed.

What was the coolest part of the job? 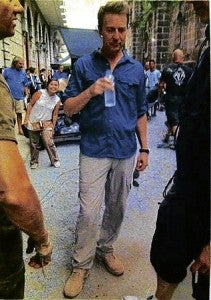 Meeting Edward Norton! He flew in to shoot the flashback scene, which we shot at Intramuros. Going through costume fittings with just the actors, Shay and myself allowed me to interact with them in a more personal, “normal” way—they were just themselves, more relaxed, talking about what they wanted to wear with me being able to give my personal opinions about it. That, and working with the crew every day. I think I was really more starstruck with the crew I was working with—they are Academy Award winners, art directors from “Harry Potter,” costumers from “Men In Black,” “Fight Club,” stunt guys from “MI:4” and “The Dark Knight Rises,”—the list goes on! I was really excited to wake up and go to work every day. There was just so much to absorb and learn.

What did the actors want to wear?

Nothing specific as clothes were mostly decided on by the costume designer/director, but they did have preferences after our fittings—things they are more comfortable wearing, or things they feel are more apt for their character, or even clothes they felt looked better or more flattering on them.

What would you and the actors talk about during fittings?

Mostly small talk about Manila, how they like it here, how work was so far. Edward came from a trip before coming here, so we talked about that—Shay and I were asking for some travel tips to Laos. We’d also discuss wardrobe, of course, and how they felt about the clothes we got for them.

Where did you shop for them?

How was it working with Jeremy Renner, Rachel Weisz and Edward Norton?

It felt surreal at first, coming to work every day, seeing them on set, going through fittings with them and actually buying clothes for them that they wore in the movie! It’s the same work I do, but it felt weird rushing through the malls looking for shoes for Rachel Weisz or a shirt for Edward Norton! I’m not sure I ever got used to that idea, even after five weeks—it was such a thrill!

Check out Candy’s work at http://www.candyreyes.com.