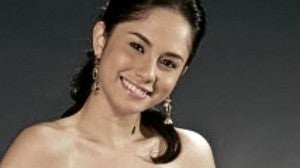 IN Frasco Mortiz’s “The Reunion,” Enchong Dee, Xian Lim, Enrique Gil and Kean Cipriano blame a silly incident from their wacky high school days for the bad luck that has since befallen them. Lloyd (Dee) is a graphic artist who still carries a torch for his ex-girlfriend, Ara (Cristine Reyes), many years after the scandalous incident tore them apart. He believes that fixing his relationship with his former flame is key to reversing the quartet’s collective jinx in life and love.

Joax (Lim), Boggs (Gil) and Pat (Cipriano) are similarly unlucky: They have likewise parted ways with Toyang (Megan Young), Ligaya (Julia Montes) and Shirley (Bangs Garcia), respectively—which explains why they’re supportive of Lloyd’s quest for redemption. But, some things are easier said than done, especially when disturbing news about Ara reaches them: She’s about to get married—and time is running out!

To stop the wedding, Lloyd embarks on a road trip that requires his buddies to “revisit” their failed relationships, before they crash Ara’s bridal shower—as male strippers clad in superhero costumes!

Helping them accomplish their mission are Lloyd’s close confidant, Ali (Jessy Mendiola), and her gay BFF, Jay (Matt Evans)—but, even the former is hiding a secret she’s long kept from her beleaguered chums! How will this affect Lloyd’s decision to pursue Ara, come what may?

With confounding hijinks ensuing, Mortiz’s (“Cinco”) zippy first full-length feature veers from fatuous slapstick to stock sentimentality, and peppers its tale with narrative side-trips that are more annoying than entertaining. For one, making fun of someone with a cleft palate is insensitive and has long fallen out of comedic fashion.

Its giddy briskness keeps the movie seemingly eventful (but vacuous), and denies its developments a modicum of depth. It doesn’t help that the whole story is anchored on a ludicrous premise that’s as quirky as it is strange (no spoilers). —And the boys wonder why they can’t get ahead in life?

To be fair, the film has its plus points: It’s as visually diverting as it is quickly paced, with a soundtrack that effectively utilizes the Eraserheads’ classic tunes to contextualize some highly charged scenes.

Unfortunately, the cast struggles to keep up with its flimsy ambition, which is weighed down further by the well-acted but treacly melodrama involving the side stories of the lovely Julia and the intense Megan.

The ladies provide able support (as does the fey Matt Evans), but the story doesn’t give them enough elbow room to show off their dramatic mettle. Other than look supportive and silently lovelorn, the luminous Mendiola isn’t required to do much, either—just the same, she provides a breath of fresh air when the busy exposition amps up the drama.

The four leads are also enthusiastic performers, most notably Dee and Cipriano—but, together, they lack the chemistry needed to keep their collective dilemma empathetic and “relatable.”

Moreover, the movie fails to push them out of their thespic comfort zones, so when a three-way love story and a love-child angle are introduced into the disparate storylines, the element of believability feels stretched—and sadly under-served!