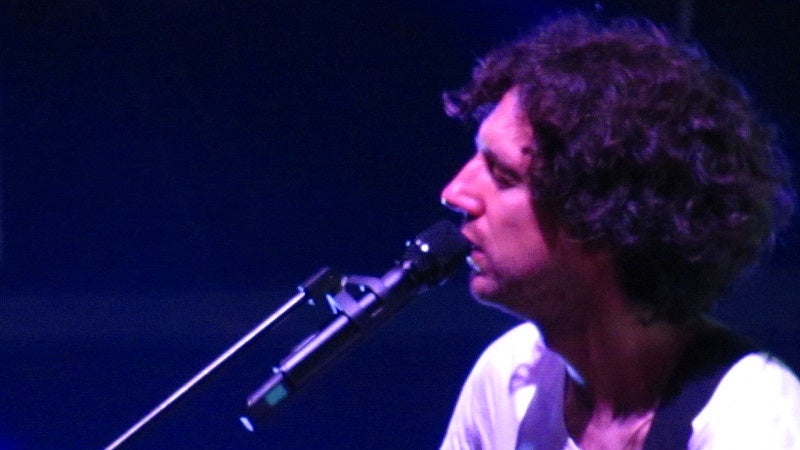 Snow Patrol vocalist, Gary Lightbody, singing their song “Lifening,” which they dedicated to the victims of the recent floods that affected more than two million people in and around Metro Manila. Photo courtesy of Minerva Miciano, Hinge Inquirer Publications Inc.

MANILA, Philippines—Internationally acclaimed alternative rock band, Snow Patrol, grieved with the victims who lost homes and loved ones in the recent torrential floods that affected more than two million Filipinos and even praised the Filipino’s “grace and human spirit.” 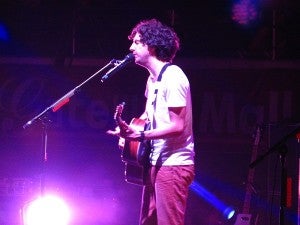 They dedicated the song “Lifening” as a “healing gesture” for those whose “homes and family [are] stricken by floods right now,” Gary Lightbody, vocalist, said during their Fallen Empires concert tour Thursday night at the Smart Araneta Coliseum.

He said he couldn’t imagine how it would feel to lose loved ones and homes. They had initially gone to the back stage but returned to sing “Lifening” after the audience kept chanting “we want more!” for around five minutes.

Earlier in the concert, Lightbody also commented on the Filipino’s “triumph in dark times” and said “you are an inspiration to all.”

Their Fallen Empires world tour took them to Manila for the first time. Manila was the second to the last stop of the tour. They sang “Take Back the City” after Lightbody said it was their first time in Manila. 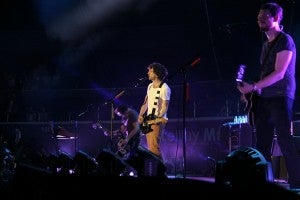 Snow Patrol, who visited Manila for the first time for their Fallen Empires world tour, grieved with the victims who lost homes and loved ones in the recent floods. They said they will return to the Philippines “as soon as [they] can.”

They nearly blew the top off the big dome when they sang their worldwide hit “Chasing Cars” with the audience happily singing together with the band.

For their grand finale, they brought the house down with “Just Say Yes” as the audience cheered and shouted to their every note.

Lightbody, visibly appreciative of the almost 6,000 fans in the audience, said “We will be back in the Philippines as soon as we can.”