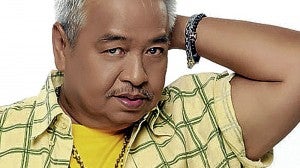 “Parang aso’t pusa” is how director Soxie Topacio describes Melai Cantiveros and Jason Francisco while on the set of the comedy flick “The Adventures of Pureza: Queen of Riles.”

Popularly known as the love team “Melason” (having met as contestants in the reality show “Pinoy Big Brother”), Melai and Jason reportedly fought at the slightest provocation during the shoot. “One minute they’re so sweet, and then they refuse to talk to each other,” recalls Soxie. “I sometimes scream at them, ‘magbati na kayo!’ But they’re very professional. They deliver.”

Working on the movie, coproduced by Star Cinema and SineScreen, was generally a breeze, says Soxie. “We shot the film for almost 20 days. I enjoyed every day of it. It was my first time to work with people from Star Cinema. I heard rumors of how difficult it is to collaborate with them, but I experienced none of it.”

The most he was asked to do, Soxie relates, was “to tweak the script a little, but I didn’t mind at all. It was for one character, who is supposed to marry someone of the same sex. I understood that they were merely being careful not to offend the gay community.”

Soxie adds that the script by Gina Marissa Tagasa was hilarious.

Meanwhile, Soxie gets furious as he reacts to statements made by young filmmaker Rafael “Rafa” Santos on working with theater actors.

“I’ve been in theater for 42 years. Many of us consider it holy ground. To make those degrading comments was the worst thing he did,” says Soxie.

Rafa unwittingly courted controversy recently on ABS-CBN’s ANC show “Cityscape,” when program host Lexi Schulze asked why the director preferred to employ stage actors in his short film “Samarito.” Rafa’s casual reply: “Because they don’t complain. You can feed them Skyflakes three meals a day or pay them in cat food. They’re never late and they cry when you want them to cry.”

There is a move, says Soxie, to boycott Santos’ movie, an entry in the Short Film category of the 7th Cinemalaya Philippine Independent Film Festival. The movie’s  lead actress, Bea Garcia, also said in an interview that she would never work with Santos again.

“It is with a clear mind and heavy heart that I extend my heartfelt apology. If I have offended any of you, I am sorry. If I’ve offended anyone you love, I take the blame. If any of you feel sorry for me, please don’t. I built my own coffin of words and nailed it shut with insolence.”

Soxie, who first acted in the stage production “Willow” in 1968, points out: “There’s a comment on Facebook that said, ‘I’m a friend of his mom’s, but I think this boy needs a good spanking.’ This is so true. Who is he to make insensitive comments like that? To think that his grandfather, Tony Carreon, was also very much part of theater.”

Read Next
Geoff Eigenmann found ‘too mestizo’ for ‘Amaya’
EDITORS' PICK
PH importing sugar after all: Marcos okays 150,000 MT
Supply of white onions gone since July, growers say
Bakers’ turn: P4 hike on bread prices sought
What to watch out for when selecting a video surveillance solution
vivo brings to the Philippines a powerful smartphone with a slimmer body, the vivo Y02s for only PHP 6,499
House energy committee chair Arroyo bats for cheap electricity
MOST READ
LOOK: Miel Pangilinan dazzles in glittery pre-debut shoot
DepEd to give teachers P5K cash allowance within first week of classes
Suspect in rape-slay of teenaged biker arrested in Camarines Sur
Mayor bares issues vs closed QC school
Don't miss out on the latest news and information.