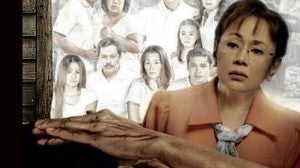 THIS being Vilma Santos’ 50th year in show business (she started as a child star in 1963 with the dramatic tearjerker, “Trudis Liit”), her loyal fans are perfervidly recalling the highlights of her “golden” acting career.

After “Trudis,” some cite “Iginuhit ng Tadhana” (1965). In 1967, she figured in the American production, “The Longest Hundred Miles,” which was shot in the Philippines. However, her career really took off in 1970, when she was launched as a teen fave by way of sweetly romantic movies like “My Pledge of Love” and “Edgar Loves Vilma,” where her “love team” with Edgar Mortiz was launched, even as Nora Aunor’s own teamup with Tirso Cruz III was similarly chruning out one hit after another.

The year 1972 turned out to be a most productive season for Vilma, who started to do different and better movies that required her to go beyond teen-fave cuteness. In “Inspiration,” she was partnered with Jay Ilagan, and they came up with memorably endearing portrayals. In “Takbo, Vilma, Dali,” she was dynamic instead of soporifically sweet. In “Ang Konduktora,” she revealed her penchant for comedy.

And, in “Dama de Noche,” where she played a psychologically troubled young woman, she won her first big acting award. This was a major milestone and triumph for the young actress, because heretofore most of the acting honors in film competitions went to Nora.

In 1973, Vilma continued to reveal new facets to her performing skills, by way of her “superhero” flicks—“Wonder Vi,” “Lipad, Darna, Lipad,” “Dyesebel at Ang Mahiwagang Kabibe,” and “Darna And The Giants”—which firmed up her hold on the fantasy-adventure market. —But, “Ophelia at Paris” (with Cocoy Laurel) reminded viewers that Vilma could do well in period romances, too.

Vilma’s starrers in 1974 were even more eclectic: For drama, she came up with “Biktima,” but she also dished out escapist fare like “Vivian Volta” and “Vilma and the Beep, Beep, Minica.” And, in “King Khayam and I,” she costarred and sang with no less than action superstar, Joseph Estrada!

By 1976, Vilma was “going musical” again with “Let’s Do the Salsa,” unveiling the dancing ability that the would land her a long-running hit show on television years later. But, she also made sure to come up with dramas like “Makahiya at Talahib,” and romances like “Bato sa Buhangin.”

At around this period, too, Vilma made her bid for more mature and daring roles in noteworthy films like “Dalawang Pugad, Isang Ibon,” “Masarap, Masakit Ang Umibig” and the controversial “Burlesk Queen,” where she played a suicidal stripper. The attendant controversy energized her career and announced the arrival of a “new” and “more adult” Vilma.

This was further underscored in 1978, when she did “Rubia Servios.” She also starred in the memorable film, “Pagputi ng Uwak, Pag-itim ng Tagak,” with Bembol Roco. Later, however, her career appeared to have reached a plateau.

In 1982, however, Vilma impressed viewers with a series of exceptional films, like “Relasyon,” “Haplos” and “T-Bird at Ako.” Later, they were followed by similarly notable productions like “Broken Marriage” and “Sister Stella L,” perhaps her career best.

Subsequent thespic successes started to come more often: “Tagos ng Dugo,” “Pahiram ng Isang Umaga” and “The Dolzura Cortez Story.” By the 1990s, however, Vilma was paying more attention to her alternative career as a politician and public servant, so her film output drastically slowed down.

What’s up next for everybody’s Ate Vi? Higher political office, quite logically and obviously. But, we hope against hope that, every couple of years or so, she will continue to gift us with another memorable screen portrayal, to further enhance her already exceptional filmography. She’s simply too good a thespian to surrender completely to politics.