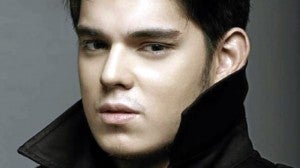 The Court of Appeals has reinstated the charge of reckless imprudence resulting in homicide against actor Richard Gutierrez in connection with the May 2009 car accident in Silang, Cavite province, that resulted in the death of Gutierrez’s aide.

In a decision dated July 19, the appellate court’s 11th Division, chaired by Justice Magdangal de Leon, set aside the March 1, 2010 and May 28, 2010 resolutions issued by the Department of Justice dismissing the charges filed against Gutierrez by Lorayne Pardo, the widow of the actor’s personal assistant, Norman Pardo.

The appellate court granted the petition filed by Lorayne seeking the nullification of the two resolutions that had been issued by former justice secretaries Agnes Devanadera and Alberto Agra, respectively.

It reinstated the Sept. 28, 2008 resolution issued by the provincial prosecutor of Cavite that recommended the filing of charges against the actor.

“The assigned prosecutor on [the] case is directed to refile the information and to proceed with dispatch in the prosecution of private respondent Richard Rama Gutierrez for reckless imprudence resulting [in] homicide until its final termination,” said the decision penned by Justice Stephen Cruz.

De Leon and the other division member, Justice Myra Garcia-Fernandez, concurred in the ruling.

The justices ruled that Lorayne’s appeal was “impressed with merit” as it was supported by the traffic accident report issued by the Silang town police.

The police report belied Gutierrez’s claim that he was driving prudently when the vehicular accident happened, the appellate court said.

“To the mind of this court, if indeed private respondent was not driving fast, it would have been easy for him to stop his car and thwart any untoward incident,” it said.

Gutierrez attributed the accident to the slippery condition of the road. Lorayne, on the other hand, blamed the actor’s alleged “utter disregard of traffic rules” for the death of her husband.

The justices noted that that the car Gutierrez was driving, a Nissan GT-R Sedan with plate number ZTU-775, was found resting in a ravine approximately 35 meters away from an electric post that it had hit.

The court also noted that the photographs showing the wrecked car further confirmed that it was running at a very high speed.

However, the court did not give credence to Lorayne’s claim that Gutierrez failed to extend on-the-spot assistance to her husband, noting that the actor had also been injured in the accident.