Hilda’s comeback is an unexpected gift 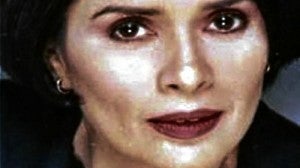 KORONEL. Makes screen comeback in “The Heiress.” Photo from hilda-koronel.blogspot.com

When people ask me if I’m a Noranian or a Vilmanian, my answer invariably is: “Both. —I have no principles.” That throws them for a loop—and some of them get really ticked off when I add: “By the way, I’m a ‘Hildanian,’ too!”

Well, it’s true. Having worked in the movies with Nora Aunor, Vilma Santos and Hilda Koronel, I’ve come to admire and value their talents and (some of) their personal qualities, as well. —Hence my “triangulated” appreciation for all three of them and their key contributions to thespic excellence in these parts.

These thoughts come to mind today, because I’ve just heard that, after a long absence, the now US-based Hilda has come home to play a meaty role in a Bea Alonzo-John Lloyd Cruz starrer for Star Cinema. I’ve missed Hilda so much that it’s like Christmas in July-August for me. I couldn’t be happier!

What accounts for my great delight? I’ve seen and savored all of Hilda’s film, TV

and stage portrayals through the years, and I’m tickled pink that she’ll be adding another hopefully exceptional portrayal to her filmography!

I also hope that other show biz people get as excited as I am over Hilda’s unexpected presence in our midst that they will offer her many enticing reasons to stretch her “working holiday” here for some more months—better if it’s forever.

My movie memories are full of fine portrayals by Hilda: Her “introducing” performance in Lino Brocka’s “Santiago,” the “Hellow, Soldier” episode

in Brocka’s anthology film, “Tatlo, Dalawa, Isa,” “Insiang,” “Kung Mangarap Ka’t Magising,” etc.! Aside from Hilda’s exceptional talent, I also admire her intelligence, beauty, emotional honesty, spirit and guts! She always told it like it was, no sugar-coating allowed, and I appreciated her honesty in an industry full of denizens who were past masters at the crafty art of double-, triple- and sextuple-speak!

The unexpected gift of Hilda’s return has also made me hope that our TV-movie producers can entice other semiretired acting greats to grace our silver screen again—like the iconic Lolita Rodriguez, Marlene Dauden, Nikki Ross and Mona Lisa.

If each of these exceptional actresses can come up with at least one new big-screen portrayal each, imagine how much brighter our once silver but now slivered movie screen would be! Well, we can dream, can’t we?

The great thing about Hilda’s return is that it proves that, with the right project and persuasive gifts, those other pipe dreams can similarly come true.

That can be speeded up further if film fans use the media and social network to assure producers that they will go out of their way to patronize the comebacking stars’ new TV-film projects—starting with Hilda “reintroducing” vehicle, Star Cinema’s “The Heiress.”