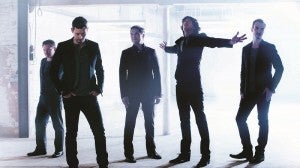 Formed in 1994, university students Gary Lightbody, Michael Morrison and Mike McClelland started their musical journey by performing in local gigs at their hometown. Michael Morrison left the band before they were signed on to an independent label. As like most bands, the first few years were the hardest. They struggled to make ends meet, promoting their music out of their own pockets, all with the desire to share and have their music be heard.

They got their break when Polydor Records signed them on and with the help of producer Jacknife Lee, they released their first major label album Final Straw in 2003, with successful singles “Run”, “Chocolate” and “How to be Dead”. This gave Snow Patrol their first taste of mainstream success with their album reaching United States and selling over 250,000 copies. Extensive touring in promotion of the album then followed. During this time, the band toured together with U2 as opening act in U2’s Vertigo Tour. Their major breakthrough came with the release of Eyes Open in 2006, from which the hit song “Chasing Cars” came from. The worldwide recognition of the band’s remarkable talent and gift for earnest lyrics established their foothold in the music industry.

The popularity of the song “Chasing Cars” was highlighted further after it was featured in the highly popular TV Series Grey’s Anatomy and received nominations for Grammy Awards as Best Single in 2006 and Best Rock Song in 2007 and Brit Awards Best Single also in 2007. Eyes Open became UK’s Best Selling Album in 2006. Their second single “You’re All I Have” hit the airwaves with its appealing melodic hook and sincerely written words. They also released another song “Signal Fire” which was featured in the Spiderman 3 Soundtrack and was played in the credits.

Snow Patrol’s songs echo a contradicting sense of sweetness and edginess. They have a loyal fan base that keeps to their music as anthems of life, love and hope. They appeal not entirely to the mainstream market but to a select few who understands and relates well to the songs penned by Gary Lightbody. Their musical style varies from the almost melancholic “Chasing Cars” to the incredibly catchy and upbeat “Take Back the City”, but still maintains that trademark sound made even more memorable by Gary Lightbody’s brooding baritone.

In their latest album “Fallen Empires,” Snow Patrol seeks to experiment with their sounds and musical approach, taking creativity into the next level. It may seem like a departure from their usual sound but this collection is still identifiably Snow Patrol.

Witness the band’s first ever performance in Manila on August 9 at the Smart Araneta Coliseum. Tickets are available at Ticketnet outlets or visit www.ticketnet.com.ph or call 911-5555 for more details.

This event is presented to you Dayly Entertainment. (advtng)