What Vilma Santos learned from Pokwang

Her costar in her latest film, ‘The Healing,’ influenced her to try out the social networking site Twitter
By: Marinel R. Cruz - Reporter
Philippine Daily Inquirer / 11:07 PM July 23, 2012 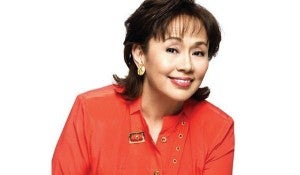 Actress and Batangas Governor Vilma Santos, who recently admitted to personally signing up on Twitter, said she found Filipinos’ treatment of show biz celebrities on the micro-blogging site to be disrespectful and tacky.

“I’m not a techie, but I try to learn Twitter. I’m enjoying it but I want to be a responsible user. It’s true that you should ‘think before you click,’” she told reporters at a recent media gathering inside the ABS-CBN compound in Quezon City.

“I think the comments posted about other (known personalities) are quite unfair. Some people even use foul language. This is a sign of disrespect to those who have worked hard to to build a name for themselves in this industry.”

The governor clarified that while she found it fun and interesting to log on to Twitter daily, she was still not ready to publicize her own account.

“For now, it’s enough that only a few people know. Pikon din kasi ako. Para makaiwas, huwag na,” she explained. “I’m taking things nice and slow. I will not exactly promote the use of Twitter, it’s just that you can’t fight technology. As the old saying goes, ‘If you can’t beat them, join them.’”

Vilma revealed that it was Janice de Belen, Pokwang and Kim Chiu, her costars in her latest film, “The Healing,” who influenced her to try out the social networking website. “They were really patient with me. Pinagpaguran nila ako. Even Direk Chito (Roño) tried to help in teaching me.”

She said it was while shooting “The Healing” that she bought an iPad3 and her first iPhone. “I had no idea how they work! I used to just rely on my BlackBerry. Now I check on Twitter as often as I can—before I sleep and when I wake up. I even know how to send a direct message,” she said, laughing. 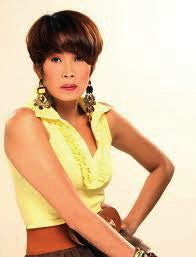 “I think this activity was what made us closer to each other,” Vilma observed. She said her other female costars spent most of their free time inside her dressing room.

“We got to discuss a lot of things. They were mostly girl talk. We tackled life, especially those of us who have gone through a lot. We also talked about love and our children,” Vilma said. “We got to know each other on a more personal level. We became more open, more honest to each other.”

She opined that Janice and Pokwang, who are both single mothers, “don’t need men in their lives to be happy.” She pointed out that “happiness comes when you learn to be content with what you have at present.”

Vilma, however, said she didn’t ask Kim about her love life. The young actress is being romantically linked to fellow Kapamilya actor Xian Lim.

The governor admitted that she personally chose Kim to play Minette, her character’s step-daughter in this project. “In the beginning, Malou (Santos, Star Cinema managing director) asked me whether I wanted to work with anyone in particular from the new and upcoming actors in ABS-CBN. I chose Kim.” She said she first got to know her in the Kapamilya TV special they worked on a few years back.

She recalled: “She was one of the newcomers who appeared on the show. As part of their workshop, she played a scene in one of my movies, ‘Dolzura Cortez.’ I’ve not forgotten her face and name since.”

Vilma explained that she found the young actress to be quite interesting. “She’s raw… She’s fresh. It’s good to be working with someone who is still so pure, so malleable, and yet so professional,” Vilma said. “Also, this role is something that Kim has never done before. We usually see her as being part of a love-team on screen. She will portray a very different and challenging character here.”