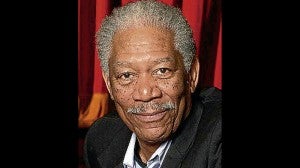 LOS ANGELES—Morgan Freeman has become the latest Hollywood celebrity to donate to help re-elect Barack Obama, giving $1 million to a campaign group backing the US president, his spokesman said Thursday.

The Oscar-winning actor gave the money to Priorities USA Action, a so-called super-PAC independent of the official campaign, and praised Obama for his achievements in office since winning the White House race four years ago.

“President Obama has done a remarkable job in historically difficult circumstances,” Freeman said, according to his spokesman Stan Rosenfeld.

“He ended combat operations in Iraq, put in place sensible reforms of Wall Street, saved the auto industry and protected the health care of every American,” he continued.

“He has led our nation to be more tolerant and placed impressive, accomplished women on the Supreme Court,” added Freeman, who won an Oscar for best supporting actor in 2005 for his role in “Million Dollar Baby.”

Bill Burton, the head of Priorities USA Action and former Obama White House deputy press secretary, thanked Freeman for his “generosity” in a tweet linking to stories about the donation.

Other donors to Priorities US Action have included Dreamworks Animation boss Jeffrey Katzenberg, who gave $2 million last year, and director Steven Spielberg who donated $100,000, according to the opensecrets.org website.

US comedian Bill Maher announced in February that he had donated $1 million to the Obama-backing super-PAC.

Freeman sparked lively debate, and drew criticism, when he said in a recent radio interview that Obama is not the United States’ first black president.

Morgan is famous for movies including 1989’s “Driving Miss Daisy,” 2009’s “Invictus” — in which he played Nelson Mandela — and the recent “Dark Knight” movies.

The African American actor also played a fictional US president in 1998 disaster movie “Deep Impact,” about a leader scrambling to prevent a comet from slamming into the Earth.